Wax & Wane with ichliebelove - An Interview 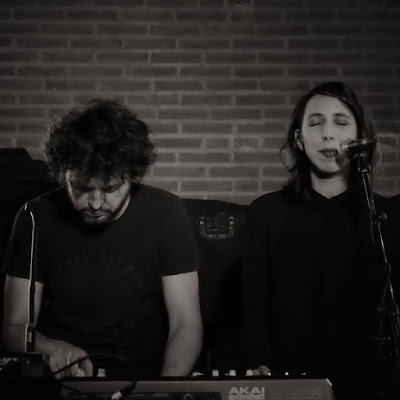 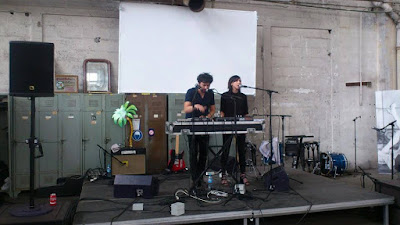 Q. When did ichliebelove start? Tell us about the history...
Philippe : I started to record music by myself on tapes in the late 90's and got the name ichliebelove in 2004 I think, still playing drums in indie noisy bands. But the direction of my first record (Life-Enhancing Solutions, 2011) really took place in 2007 when i met We Are Unique! Records : ichliebelove became a real band and we started to rewrite and re-record songs I made on my own. We were 5 musicians, but many more were present on that album, and first shows.

Q: Who are your influences?
It's hard to tell where the new songs come from, as I hardly listen to electronic music. My influences are rather strange or psychedelic bands. However Air's original soundtrack for Virgin Suicide was the key album that made me stop playing noisy rock songs.

Q. Make a list of 5 albums of all time…
YOU KNOW that question could be a real problematic one, depending of the mood. Today, quietly sitting in a café, i would say :

The Beatles - Revolver Because it's the beginning of something

Broadcast - The Future Crayon (Compilation) OK, they were obviously influenced by the United States of America. And that's all right.

Baxter Dury - Len Parrot's Memorial Lift Even if I dislike what he achieved after that record, I consider that album as a masterpiece. Thank you, Geoff Barrow!

Q. How do you feel playing live?
Most of the time I'm very stressed before the show and after it, I can hardly remember anything I did or said. So live recordings may be good surprises …or not. Playing live has been changing a lot among the years, as we started with a whole band of five musicians, then were sometimes accompagnied by additional winds, cords, percussionists and singers. I think we once were ten on stage. Last shows were rather minimalist, as the new song are. We are two, playing samplers, synthesizers, rhythm box and singing.

Q. How do you describe ichliebelove sounds?
I would say that new sounds are some kind of inner dance music to drop out on. You have to imagine your own beat. Or electronic music played by twisted synthesizers like they were in a rock n'roll band. Subtly massive.


Q: Tell us about the process of recording the songs ?
It was quite erratic. After "Life-enhancing solutions", we worked as a trio with Christophe (from Air Wave, a french band, that has an homonym) and Zed (from My Silly Dogfish) on radio-friendly electro-pop songs. Then we broke all those songs, and I started to work on my own again to make something really different. I was then helped by Alice Champion (from Marteau Mu : https://marteaumu.bandcamp.com/) and we realized this new pieces of music. Everything was recorded in my 6 square meters home studio (first album was made in 3 different studios) and finally mixed by Pierre-Emmanuel Meriaud.

Q. Which new bands do you recommend?
I will recommend french bands, friends of mine you might like : marteau mu (https://marteaumu.bandcamp.com) air wave (coming soon on french label Monopsone) Summer (https://summer3.bandcamp.com/) you also have to follow laudanum/Matthieu Malon

If you feel like dancing : Syracuse (https://fr-fr.facebook.com/syracusemusic/) You may already know Bajram Bili and DRAME. Or Pointe du Lac (https://pointedulac.bandcamp.com/album/pointe-du-lac)

Q: Which band would you love to made a cover version of?
Guns N'Roses (Appetite for Destruction only, cause it was to me the ultimate rock and roll album when I started to seriously listen to music). Or Can.

Q: What are your plans for the future?
I'm working on videos for each track of "Wax&Wane". Maybe you want to be the first to announce the next one I just finished? I'm writing new tracks too Somme are almost ready to be digitally released, cause they won't fit with next things I'm on. I won't wait another five years ti release some new stuff! And I'm working on an original movie soundtrack.

Q: Any parting words? Thanks so much!!
Thank you! You make a great job. If you know a band that would like some strange archive-based video, I could do that. It will only take a week or a year.
*
*
*
Thanks