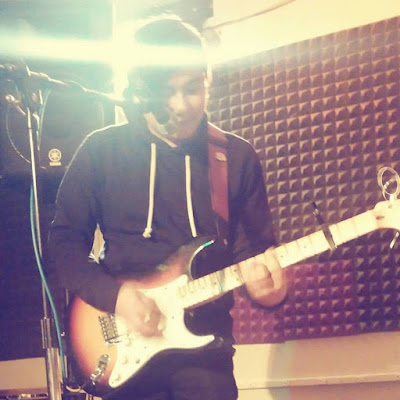 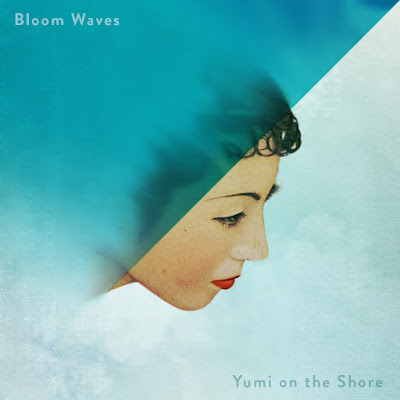 Q. When did Bloom Waves start? Tell us about the history...
I started writing demos for Bloom Waves around this time last year. I've always written music, but I was never happy with anything I wrote. I was fed up with being mediocre at everything I did and I was so unhappy with where I was in life that I decided to pick up my guitar and put 200% into music to channel all of my frustrations out. Fortunately, people actually liked the songs I wrote so I continued to write. Now here I am with a 2nd EP!

Q. How do you feel playing live?
That is going to be my next step. I'm taking my time to find members that I can really trust. Right now I recruited my oldest friend to play guitar for me. So now I’m looking for a bassist and drummer.

Q. How do you describe Bloom Waves sounds?
It's a mixture of the shoegaze, dreampop, indie rock bands that I admire so much with the Jpop that I used to listen to as a teen. But even if my sound gets poppy from time to time, there’s always some sort of underlying sadness in my lyrics. It's like happy music for sad people haha.


Q: Tell us about the process of recording the songs ?
Theres never a quiet moment in my head. Im always thinking about catchy melodies so when I think of something I like, I try my best to remember it and then record it. From there I start building everything from the one melody. It's usually guitars, then drums, then bass. I always record vocals last though because I'm so terrible at writing lyrics.

But I’ve also been listening to a bunch sick new bands from Japan that definitely should have some western recognition: Acidclank, Plant Cell, Tenkiame, CRUNCH, fluffytails, Ether Feels, Tokenainamae.. just to name a few. I recommend everyone to check out the Japanese shoegaze/indie scene in general because there are some serious talent in that country.

Q: Which band would you love to made a cover version of?
My Bloody Valentine’s Sometimes. I tried twice to cover it but I was never happy with them. Maybe 3rd time’s the charm? And Luminous Orange’s What You’ve Done. Rie Takeuchi is a freaking genius so I won’t settle for a subpar cover.

Q: What are your plans for the future?
I want to finally play a gig and just show the audience the pure emotions that I’ve put into my songs. I think it’s time I put myself on the spotlight instead of just being an audience.

Q: Any parting words?
I’Stay tuned for more things. I want to say thank you to everyone who have been so supportive of me. Special thanks to my former band mates; Candice, Kevin, Johnnez, Andrew. If it wasn't for meeting them, I probably would have forgotten what it was like to be a musician again.
*
*
*
Thanks