In The Inside with Walk Onto Sun - An Interview 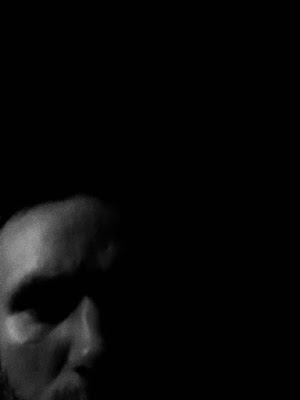 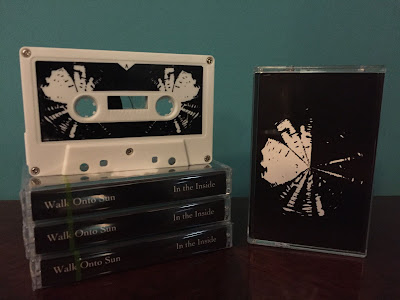 Q. When did Walk Onto Sun start? Tell us about the history…
We formed in late 2014 recording demos. Steve and I met while working as educators at a school for students with disabilities in the Valley (LA). We both previously played in primarily rock bands (Steve has also put out solo albums playing Native American flute), and started conversations about music/art that we love and found commonalities: a love for electronic sounds with effects, and avant-garde anything. I had wanted to start a new band for years, recording bits and pieces at home on a 4-track, but I could never muster myself to get things off the ground. At a Halloween party, with Steve dressed as an Alien, I remember I told him I’m going to stop attempting to play music. I lacked a lot of confidence in expressing myself artistically. I remember Steve finding this outrageous and offering to teach/mentor me in computer recording basics to start a new project. Once I learned a little bit, I began completing stripped down songs on a old Yamaha keyboard and guitar. We spent the remainder of 2015 in Steve’s home studio and my apartment fleshing out the material and released an EP in November of last year.

Q: What are your influences?
I am influenced by things old and new, musical and non-musical. I love music that transforms me to another place and challenges my thinking and perspective. We recently saw Swans and it blew our skulls open- a good thing- a new perspective. Cabaret Voltaire for their otherworldly madness. Depeche Mode for brilliant songwriting and electronic composition. Liars for never staying the same, bringing a conceptual element to their music, and their tribal industrial psychedelia. Other musical influences include Legendary Pink Dots, The Knife, Suicide, Sonic Youth. I also have been really into conceptual art by the likes of Lawrence Weiner, Simon Starling, John Baldessari. The idea that you can be a novice and create art to provoke thought and critical thinking really sticks with me and inspires me to create.

Q. Make a list of 5 albums of all time…
This is always changing but I’ll give it a try..

Q. How do you feel playing live?
We have yet to perform live, but our first shows will be this summer. I can tell you this, in our rehearsals so far, I feel very excited.


Q. How do you describe Walk Onto Sun sounds?
Dark and moody, but also energetic. Hopefully danceable. Like you know that oblivion is coming but you are happy because you are facing your fears with some inkling of pride. I imagined following a far away sound down a set of stairs underneath a city and the sound got louder the closer you got.

Q: Tell us about the process of recording the songs ?
As I mentioned before I wrote basic structures of songs on keyboard or guitar, but then continued the process by re-working these songs onto my computer. I then added a wide variety of software synths, drum machines, and samples to add sonic elements to the songs. I used my phone to record various sounds as I went throughout my days and would then use heavy effects on them. I would then bring the recorded material to Steve’s studio to add guitar feedback and loops, percussion experiments, more synths, and vocals. A lot of experimentation with effects pedals, and software rackmounts in Native Instruments Guitar Rig.

Q: Which band would you love to made a cover version of?
I always wanted to do a song off of Jesus and Mary Chain- Psychocandy. Which song, I do not know. Too many good ones to choose from.

Q: What are your plans for the future?
We are preparing for live shows and plan to play as much as possible here in LA starting this summer. We are also continuing to record and plan to release a single this year, as well as a video or 2. Next year, we want to release an LP at some point and go on tour.

Q: Any parting words?
Thank you for the interview and showing us love.
*
*
*
Thanks