I Am NO1 with Pipe´s Not Dead - An Interview 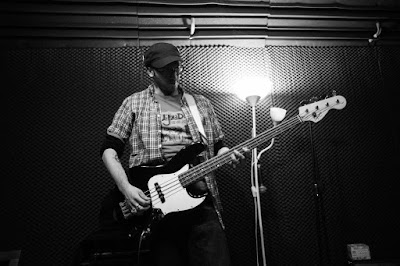 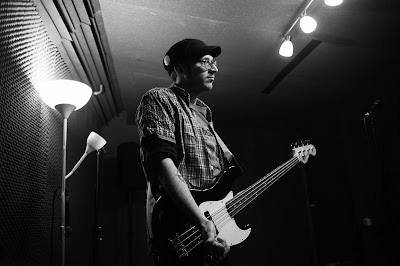 Q. When did Pipe´s not Dead ! start? Tell us about the history...
PIPE'S NOT DEAD ! project is quite recent. I'm originally a bass player, but I also like to play guitars and keyboards if I have the occasion. I played bass and guitar for Sinking With Love, dark-wave band from Rome. Then we all move around Europe and it was hard to keep alive the project. So unfortunately for many years I wasn't playing so often, I was just keeping a long-term collaboration with Gabriele Saffioti(member of SInking With Love) going to Berlin from time to time to record some stuff(soundtracks, some songs) In that period I have thought several times to stop playing. I've also sold some of my instruments, just keeping with me an acoustic guitar to exercise from time to time...

But last year the glimmer was back. I've started to compose again a lot of songs, rehearsing with some friends musicians, thinking about new projects, buying new instruments. And I decided to come back. Oh fuck, I missed this so much... In some way also the fact of moving to Romania helped me a lot with the decision to start the project PIPE'S NOT DEAD ! So now in 2016 I'm finally ready to focus on this project. Just for curiosity the name of the project came from the fact I'm a pipe smoker, really uncommon thing now, and it came in my mind when I was having a chat with an old punk-rocker in the district of St.Pauli, Hamburg.

Q: Who are your influences?
Well, I guess I have not enough space to write them all... but I was, since very young, swallowing an incredible amount of music.

I think anyway my life changed when I was 13yo and I discovered two albums that are still in my top list ever: Disintegration - The Cure, and The Stones Roses, it was around x-mas of 1989... Two years after I fell in love with Loveless, My Bloody Valentine ... Another shock has been when I discovererd The Birthday Party, Einsturzende Neubauten(I've and Nick Cave's related bands. And well,how can I forget Cocteau Twins, Slowdive, Sonic Youth, Joy Division, Bauhaus, Dinosaur Jr, Jesus and Mary Chain, SIouxsie? The list is almost never ending....

Q. Make a list of 5 albuns of all time…
Not in the order but:
MY BLOODY VALENTINE - Loveless
THE CURE - DISINTEGRATION
SLOWDIVE - JUST FOR A DAY
THE STONE ROSES - THE STONES ROSES
JESUS AND MARY CHAIN - PSYCHOCANDY

Q. How do you feel playing live?
I love it, and I miss this so much... my last live concert was long time ago. But I still like everything of a gig, the tension before going on stage, the mix of feeling incredibly powerful and weak at the same time, the first notes you can hear from your ampli.... I'm working to create now a "soundgazing" performance for Pipe's not dead ! It will probably take some time, but I think to be back on stage before the end of 2016.


Q. How do you describe Pipe´s not Dead sounds?
I would like to sound like a fluffy furry cat meowing... I'm trying to... not easy at all.... I really like melodies, even better if they are sinking in a sea of distortion, feedback, other instruments sound...

Q: Tell us about the process of recording the songs ?
I record the demo alone at home... I normally play different instruments and I imagine how it will be the final sound... I try to do a first mix and then I have fun to play a lot with effects, reverse sounds, adding small notes around... in two words "trying stuff". After normally I keep the most simple version of everyhting, but it's so good to see how the same song can change. I'm not a studio musician normally, I use very simple stuff and I like homemade and lo-fi sound... but anyway I will pass by a studio for this first EP.

Q. Which new bands do you recommend?
I'm listening now to a lot of different stuff, my colleagues band VALERINNE, MODERN GHOST OF THE ROAD, ENVIRONMENTS, and other bands from all around the world with a sound that I like AEROFALL; JAGUWAR, LA CASA AL MARE, VVAIT, MINOR VICTORIES(the new project of Rachel Goswell of Slowdive and Stuart Braithwaite of Mogwai) ...

Q: Which band would you love to made a cover version of?
Probably THE STONE ROSES... I always loved their songs... but I would like to do also some band like THE SOUND or CRASS... anyway it depends a lot how you think about the cover version... Every song can change a lot, it's a funny exercise and a personal tribute.

Q: What are your plans for the future?
PIPE'S NOT DEAD ! is a very personal and open project at the same time. The demo versions of the songs you can listen for the moment are played and recorded homemade by myself but I'm actually working with people that I like on the songs for a first EP. that will feature Alexandru Das (guitar of romanian band Valerinne and guitar/synth/noise of Modern Ghost of the Road) , Florian Toyka(drummer of german band Valborg), Gabriele Saffioti(keyboards in Sinking With Love, Klonavenus), the romanian actress Ana Ularu(voice) and other musician. All this with the sound engineering of Marius Costache(Environments). Really important for me also to tell that I've thought to PIPE'S NOT DEAD ! as an audio-visual project and I'm collaborating now with the Bucharest based photographer Adi Tudose for the visual identity of the project and planning to add soon a video part that will be part of the PIPE'S NOT DEAD ! concept.

Q: Any parting words?
Well, I really appreciate all the support I'm having with this project, first of all the musicians that want to play with me but also all the people that take the time to listen to the songs and write me back...I'm very surprised to have such a good feedback with only two demo versions of the songs of PIPE'S NOT DEAD ! So I really want to thanks people like you and all the ones that are taking their time to keep on sharing the music they love... it's very nice to feel that there's people out there... All the feedbacks I have they just give me more wish to create new music at my best and share it. Happy to be back.
*
*
*
Thanks