Red Returns with Desario - An Interview 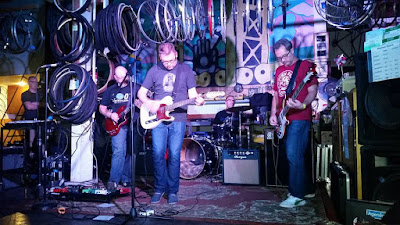 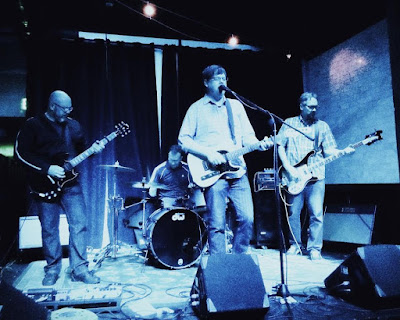 Q. When did Desario start? Tell us about the history...
Desario formed in early 2004 when John Conley, Michael Yoas and Jim Rivas, who had played together previously in various other bands including Holiday Flyer, got together and started writing songs. The intention was to veer away from the poppier songs that they produced in their earlier bands and find a more indie rock based center. Armed with the start of about 7 songs and a band name, they began looking for a bass player to round out the group. A chance meeting between Jim Rivas and a friend of Mike Carr's, initiated by a conversation about Jim's The Shins t-shirt, resulted in Mike Carr's introduction into the band.

The fully formed band continued practicing and writing songs and played their first live show on September 8, 2005. Over the next four years, they continued to refine their sound and recorded what would eventually become their first full-length album. “Zero Point Zero” was released on March 24, 2009 on Darla Records.

In May of 2013, Jim Rivas left the band and was replaced by drummer Kirklyn Cox.

Q: Who are your influences?
As a band the sounds of Interpol, The Walkmen, Doves, The Jesus and Mary Chain, Echo & the Bunnymen, Lush, The Stone Roses, The Smiths, and New Order are Desario influences.

Q. How do you feel playing live?
Playing live as a band is a great feeling. We see it as a great opportunity to showcase our hard work in songwriting and performing. When those things come together live on stage it gives us all a sense of accomplishment which helps galvanize us a group. That enthusiasm motivates us to refine and keep getting better at what we do. All of it is a testament to our 11 plus years as a band.


Q. How do you describe Desario sounds?
The swirly, fuzzy sounding British guitar bands of the late 80s, early 90s era grounded by California culture. Kind of like eating fish and chips on the beach while watching the sun set behind the Pacific Ocean.

Q: Tell us about the process of recording the songs ?
Always exciting. We usually do it ourselves but we enlisted Tony Cale to man the microphones & mixing board on the last batch of recordings we did. We’re happy with the results and are excited to get them released for everyone to hear.

Q. Which new bands do you recommend?
There are many new and exciting bands out there. It’s a great time to be a music fan. Cheatahs, Flyying Colours, DIIV, The Salad Boys, Parquet Courts, Popstrangers, ...

Q: Which band would you love to made a cover version of?
Hasn’t been discussed lately as a band. Recently we covered “Haunted When The Minutes Drag” by Love And Rockets. Done that one a few times now.

Q: What are your plans for the future?Q: Any parting words?
Thanks so much. The band has been active, busy and productive these days. We have a new EP titled “Red Returns” that will be released on Test Pattern Records in April 2016. There will be another follow up EP later this year. As a band we have a batch of new songs that we want to record soon. We feel our new songs are pushing us into new areas of songwriting that we haven’t been before. You can catch us playing shows, and those new songs, throughout the coming year. Follow us on Desario.net or Twitter @desarioband to get the latest info. Thanks!
*
*
*
Thanks