What You Want with Baby Honey - An Interview 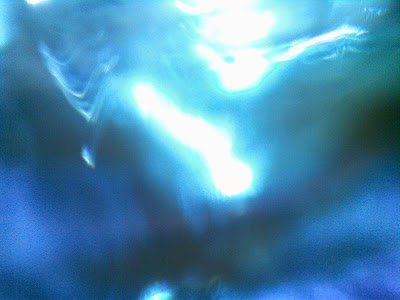 Q. When did Baby Honey start, tell us about the history...
Well I started recording music with Jim at Fat Shan Studios in Perth around the middle of 2013, recorded a few songs, playing all the parts myself, but the material at that stage was pretty rough; it took me recording a few more batches of songs to get something I was happy with. So, I guess Baby Honey never really 'started' in a way, its kind of not quite a band yet, but a studio thing at the moment. 'Love Bludger' and 'Full', which are the first songs to be released, were recorded late last year, so maybe that's where it starts as a proper thing.

Q: Who are your influences?
The main ones are My Bloody Valentine, Dinosaur Jr, Sonic Youth, Slowdive, the Jesus and Mary Chain, Spacemen 3.

That list'll probably haunt me all week now; there are so many albums I think of as essentially perfect that could easily be slotted in there, there are dozens, and not just noisy indie-rockin' stuff, which everything there all is basically.

Q. How do you feel playing live?
Haven't had the chance to play live as Baby Honey yet actually, still looking for a drummer, but once that's sorted the plan is to start gigging, which would be great obviously.

Q. How do you describe Baby Honey sounds?
Hmm, well there are only two songs out at the moment, so there's really not much to go on I guess. To my ears right now, 'Love Bludger' is more reverby, Deerhunter-y, but with some Dinosaur Jr moments, while 'Full' ended up sounding more like 'Isn't Anything'-era My Bloody Valentine, but with softer edges. At the end of the day, I suppose the plan is to make bendy, melodic guitar pop with lots of fuzz and noise on it.


Q: Tell us about the process of recording the songs ?
Instrumentally, its a one-man-band situation at the moment, so before recording them all the tracks are planned out pretty meticulously, so I can run through all the parts in the studio in as short a time as possible, guitars first, then bass, then drums etc.. Fat Shan Studios/Music magnate Jim Power recorded everything at his studio, mixed it too. I find the idea of home recording really daunting, and I like the disciplined approach of going in to the studio with, say, 6 hours to do some songs and just powering through them. Also, for these tracks Rebecca, a friend of my girlfriend's, was kind enough to lend her vocal talents, which drastically improved the songs.

Q. Which new bands do you recommended?
There are lots of bands in Perth I like, local radio is the source of most of the new music I hear; Puck, Skullcave, Hamjam, Spacemanantics come to mind, they're all bands I think folks who like shoegaze/noise rock/dream pop would appreciate. Really excited for the new Tame Impala record too.

Q: Which band would you love to made a cover version of?
It would have to be something that was possible for me to play coherently given my very limited guitar skills, especially in standard tuning, which I haven't played for ages. I know the chords to Big Star's 'O Dana', so that's a pretty strong candidate compared to all the songs I like but can't play.

Q: What´s the plans for future....
Apart from finding a drummer, a future EP for release sometime this year would be good, if the recording can be sorted out. The songs are already written for it, and I'm excited about them, hopefully we'll end up with noisier, more interesting guitar sounds plus catchier songs.

Q: Any parting words?
Thanks to this blog for discovering us, and for being a valuable resource for fans of this music and bands who play it. And thanks to anyone who ends up listening to our stuff. Cheers.
*
*
*
Thanks