Red Drop with This Love is Deadly - An Interview 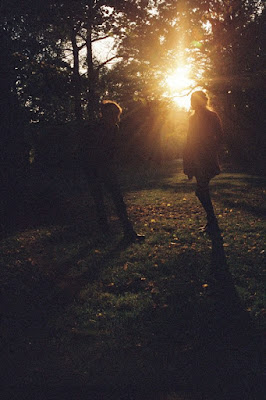 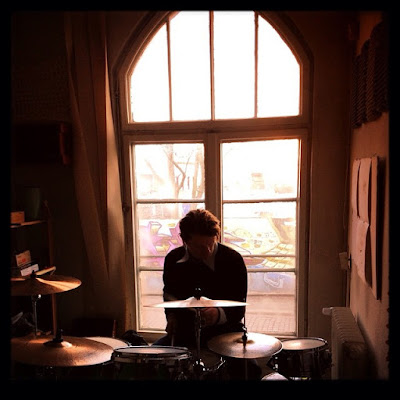 Q. When did this Love is Deadly started, tell us about the history…
Louis: We officially started in 2008 but it wasn't until 2010 that we really got our act together.

Lisa: When Louis and I met, it was apparent that we shared many musical influences and we were curious to find out what would happen if we’d put our creative energies together. Thus the project This Love is Deadly was born. We spent a year or so recording ideas in our home studio, with very simple means, but it was a great way to develop our ideas and dive into the realm of music production. We were never a “jam band” in the sense that we’d spend our evenings and weekends in a rehearsal room, for us it was much more about finding the right sounds and following a vision that a song idea would spark. Since we were only two people, and we never really saw ourselves as a band, but rather a project, working in a studio setting was pure bliss, because it allowed you to play around and explore a song in a much more holistic way, there were so many possibilities and directions to take, like putting together a puzzle. But we were always very clear on the sound we were looking for.

Q: Who are your influences?
Louis: Initially we were very much influenced by the standard noise-rock bands Sonic Youth, My Bloody Valentine, but also by German bands The Notwist & Tocotronic. Over time we were pretty much influenced by anything that we came across and liked.

Q. Make a list of 5 albums of all time…
Louis: This is hard, there is so many but these 5 would be among them for sure:
1. Lucio Battisti - Anima Latina
2. Arthur Verocai - Arthur Verocai
3. Beach Boys - Smile
4. My Bloody Valentine - Loveless
5. Sigur Rós - Ágætis Byrjun

Q. How do you feel playing live?
Louis: I love it! Could always do more.

Lisa: Playing live is a wonderful contrast to writing and recording and a much more immediate way of sharing and enjoying the songs.


Q. How do you describe This Love is Deadly sounds?
Louis: We blend pop melodies with groovy beats, noisy guitars and ambient sounds.

Q: Tell us about the process of recording the songs?
Lisa: It usually starts with a song idea on the acoustic guitar, or recently, the piano. This is almost always a solitary act. Then the song is presented to the other person, and they add their own flavour,
and we quickly start recording a demo version. This is where we give the song a sound, the edge and dirt. We mostly still record everything, except the drums, in our home studio. On the one hand this
gives you the freedom to work on the music whenever you feel that urge and you don’t have to pay studio rent, but it can be a challenge as well having to deal with neighbours, surrounding sounds and meowing cats in the background. Sometimes the background noise can be a nice addition as well, and we’ve even featured it in a couple of songs.

Q. Which new bands do you recommended
Louis: I really like Caribou, Moderat, Tame Impala and The Dø if you can call them "new".

Lisa: I second that, I’ve also been listening to a lot of John Talabot and Apparat recently.

Q: Which bands would you love to make a cover version of?
Louis: I'm not too crazy about doing covers but it would certainly be something totally different to us.

Q: What´s the plan for the future....
Lisa: Keep on doing what we’re doing, and hopefully more of it!