Directions To See A Ghost with Cosmic Letdown - An Interview 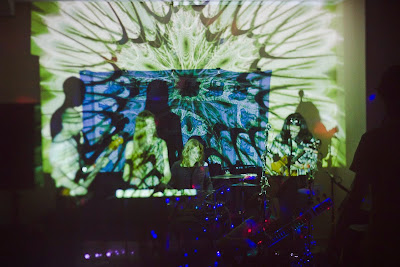 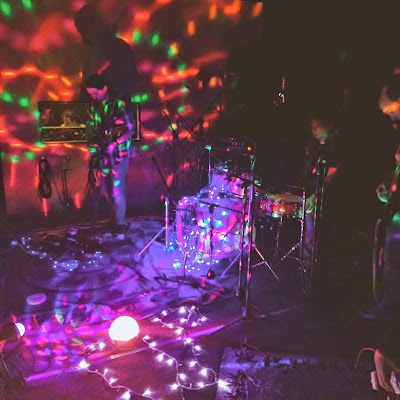 Q. When did Cosmic Letdown started, tell us about the history...
The story has begun in the spring of 2012. I wanted to make psychedelic music in my city, Cheboksary. I didn’t know anyone who would be interested in such a thing. And in fact, this music hasn’t been interesting to anyone in here. Finally I’ve found a few people and created the project under the name of Opium Eyes, which haven’t done a single concert. This project had a wacky members. We had a strange bass girl who couldn’t play bass and called everyone a fool, even though she was the smart girl. After she left us things kind of went differently. We’ve found a bass player and a good drummer, renamed ourselves to the Cosmic Letdown, and since then we had managed to play a few gigs, go in a mini-tour and record several singles and an album.

Q: Who are your influences?
Neo-psychedelic scene. The Warlocks, The Black Angels, The Brian Jonestown Massacre, Vibravoid etc.

Q. Make a list of 5 albums of all time
1. Pink Floyd – The Piper at the Gates of Dawn
2. Love - Forever Changes
3. The Warlocks - Heavy Deavy Skull Lover
4. The Black Angels - Directions to see a Ghost
5. The Asteroid #4 - Introducing...The Asteroid #4

Q. How do you feel playing live?
I feel that something is not right. The people here feel strange and doesn’t get that we do. Nobody needs it, but we are still doing it.

Q. How do you describe Cosmic Letdown sounds?
We get a different sound. What we've got on album Venera can be called psychedelic cosmic sound. We have filled with delay and reverb everything we possibly could. In the end we got kind of spacey, a bit noir, perhaps shoegaze sound sometimes.


Q: Tell us about the process of recording the songs?
It took us a long time to start recording our songs. It is strange that we have played a lot of gigs, but we didn’t have any record on the Internet. As a result when we started recording, turned out that it took much longer than we thought. We recorded almost all parts for the album Venera at home, except for the drums. We recorded them in the studio. We have tortured our neighbors with roar of guitar amps, but still we recorded all the guitar and bass lines at home. After recording all the parts I’ve mixed and mastered everything by myself. We are poor musicians so we have to do everything by ourselves.

Q. Which new bands do you recommended?
Polska Radio One, The Optical Sounds, New Candys, The Confederate Dead, The Blondi's Salvation.

Q: Which band would you love to made a cover version of?
The Asteroid #4.

Q: What´s the plans for future....
We have already finished album. It has a jam, raw cave-like sound. There's a sitar, tanpura, fuzzed out guitars, otherworldly vocals and everything else. This thing is very atmospheric record, and it would be great for lovers of music freak psych music. We are hoping to publish this album on vinyl this year.