Chasing Shadows with The Agnes Circle - An Interview 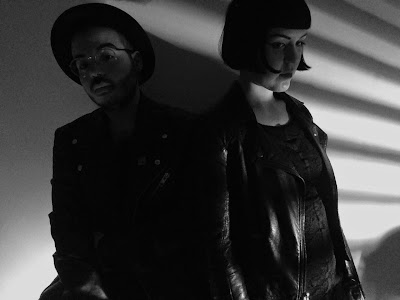 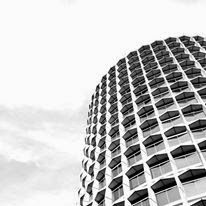 Q. When did The Agnes Circle start? Tell us about the history.
A. We started The Agnes Circle in March 2015 shortly after I arrived in London. Rachael and I had just recently met and we immediately jived. We both share many of the same influences and our view on music is extremely similar. The songs came naturally in a very organic manner.

Q: Who are your influences?
A. We draw inspiration from many different outlets. Daily we're inspired by each other and the work of our peers. On a grander scheme, we are heavily influenced by the work of Laszlo Moholy-Nagy, Lillian Schwartz, Erno Goldfinger, Kate Bush, Joseph Watt, Ryoji Ikeda, Ivo Watts-Russell, John Berger and Delia Derbyshire.

Q. Make a list of 5 albums of all time.
A. Truly an impossible question to answer but here are 5 records that mean the world to us.

Q. How do you feel playing live?
A. We have yet to play live as The Agnes Circle.

Q. How do you describe The Agnes Circle sounds?
A. Incestuous, overdone & cheap.

Q: Tell us about the process of recording the songs?
A. For us, the recording process is one of the most exciting aspects of the project. As of recently, the roots of each song stem from a drum machine sequence or a bass line. We hash out the song's foundation and then build upon it, adding guitar or synth where needed and then working on arrangement. Finally, vocals are added once the song has almost completely materialized.

Q. Which new bands do you recommended?
A. There has been an abundance of fantastic music being made recently. Some of our favorites include Derek Page's LA-based band Victoriana. He crafts some of the best melancholic haze filled guitar pop going on right now. We also enjoy NYC-based synth pop duo Only Edges, which we highly recommend checking out. Captive from Austin, Texas, recently released their debut album 'Black Leather Glove', which is absolutely stellar. Fehm from Leeds, UK, are truly great. We we're lucky enough to catch their EP release show in London a few weeks ago - they're not to be missed live.

Q: Which band would you love to made a cover version of?
A. ABBA.

Q: What´s the plans for future?
A. We are releasing our debut EP titled 'Modern Idea' through Philadelphia-based record label End Result Productions on June 12th 2015. Following the release of the EP we will be having an EP release show in London which is yet to be announced. We've began songwriting for an LP that will hopefully be out before the year is over. I'm certain we will be doing some touring throughout Europe in-between all of that

Q: Any parting words?
A. Eat your cereal with a fork and do your homework in the dark.
*
*
*
Thanks