Kill All Hippies with Fribytterdrømme - An Interview 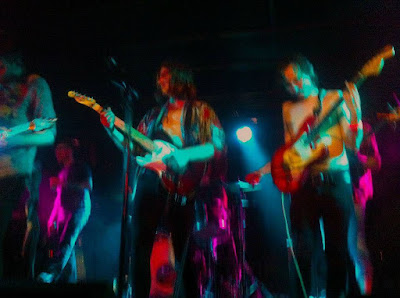 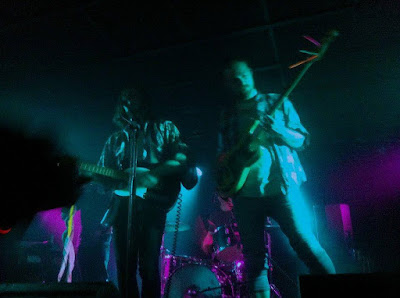 Fribytterdrømme was formed in Copenhagen in the late summer of 2011. Everybody in the band more or less knew each other from the same danish small town called Svendborg, either through previous bands, familly, parties, education etc. before we even knew we would end up playing music together. It so happened that suddenly we all found our selves in Copenhagen. Lau got the idea for the band upon reading danish poet Tom Kristensens debut poetry collection "Fribytterdrømme" from 1920. The title loosely translates into "The Pirate Dream" and is a well known book in danish context. Lau called up the guys Simon, Tobias, Felix and Tor and asked them to join a psychedelic rock band. At first the idea was to play and write music in the style of the Doors with the bass lines played by the organ. But we quickly realized that was a shit idea. Then somebody mentioned Thure who took little if any convincing in joining the band on bass. Thure was just what the band needed and the songwriting took up speed building on Laus lyrics and compositions and we started landing our first small gigs playing everything from local parties to childrens daycare summer parties. Gabriele entered the band sort of out of the blue. He had heard a couple of concerts and really liked the music. Our first intention was that he should help us getting around as a roadie but he was totally awful at that. Instead we decided to expand the band with choir and percussion. Gabriele has also taken up the acoustic guitar and wrote the lyrics and melody for the song "Kviksand" on our recently released debut album "Labyrintens Farver" all in all proving a great edition and equally big part of the seven piece ensemble that is Fribytterdrømme.

Q: Who are your influences?
We are a seven piece band and the influences are many. We are quite different from one another and everybody brings a piece of their own musical heritage and personality to the table. We are of course inspired by the poetry collection Fribytterdrømme but it is more in the sense that all band members freely interpret the concept of "Pirate dreams" and then suddenly we come up with a song and then suddenly we had made an album. The title of our debut album "Labyrintens Farver" which translates into "The colors of the labyrinth" pretty much captures our work process. Our music though have its roots in the psychedelic scene of the 60s and 70s especially in a danish and British context. But we also flirt with early 90s British ecstasy bands. Lyrically we are somewhere between expressionism and surrealism.

Q. Make a list of 5 albums of all time…
Seriously are you trying to break up the band? We would get into a big fight over this!

Q. How do you feel playing live?
Playing live is the best feeling ever. Playing live is the intention of the band. Sure it is nice and very fulfilling making a record but it is also means to play more live shows. We really feel like we connect with our audience and there is an extremely euphoric atmosphere on stage. If you get the chance then jump the stage and feel what we are talking about. We wont mind.


Q. How do you describe Fribytterdrome sounds?
Euphoric and huge. Insane and reconcilable. Poetic and laid back.

Q: Tell us about the process of recording the songs ?
It was very fun. We booked thirteen days in Tapf Studio in Copenhagen with our technician and initially eight member of the band Peter Emil Sloth. He is our off stage member and the album is as much his as it is ours. We did all the basic tracks in two days with a basic live setup consisting of drums, 3 guitars, bass and a clue vocal all recorded in the same room. We basically played the whole damn thing live and if anybody messed up we did it again. Luckily with our long track "Fem er det magiske nummer" we hit it spot on. That song is a first take. Then we overdubbed the organ and some guitar solos and and different bass parts and just played around with different sound effects. We did a vocal speech totally messed up by recording it into and an iPhone and then rerecorded by placing the iPhone on a guitar pickup into a cranked amplifier. Great fun. Peter was very good at pushing us into new territories making us use synthesizers among other instruments to make the whole thing come together. Last we did the vocals and percussion and all in all it was thirteen days well spend with less stress than we imagined. We are very proud of the result.

Q. Which new bands do you recommended?
De Underjordiske is awesome. It is rock and drone and powerful performances and really nice danish songs. Catch them if you can and you probably will. We also really like the Wands. That is a duo who perfectly captures the songwriting skills of the sixties making it songwriting skills of the new millennium, retro and modern at the same time. They are probably not that new anymore as they have played all over the place. Last you should check out a small band called Kogekunst they are highly original in their setup. It is two guy playing drums and guitar both at the same time with organ drones messing up your head. Really far out soundscape and very powerful and noisy.

Q: Which band would you love to made a cover version of?
Primal Scream and their song "Kill all hippies". We actually already at least lyrically covered the opening poem of Tom Kristensens "Fribytterdrømme". The poem is called "Fribytter" (trans. "Pirate"). One of our old songs called "Fribytterdrømmen" (trans. The Pirate Dream) make use of that poem in its full length accompanied by original lyrics by Lau.

Q: What´s the plans for future....
We are preparing a danish tour in the fall and working on the release of the vinyl edition of our album. So far it is only released digital. Otherwise: Write more songs. We definitely have more records to make. It is way too fun.

Q: Any parting words?
See you at the bar. Thanks for listening.
*
*
*
Thanks