Flying Shoes with Flowers Must Die - An Interview 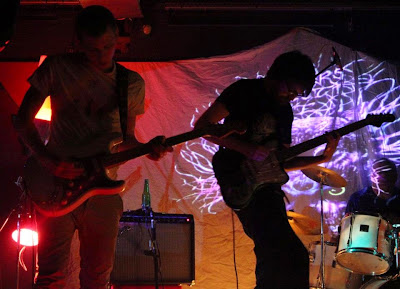 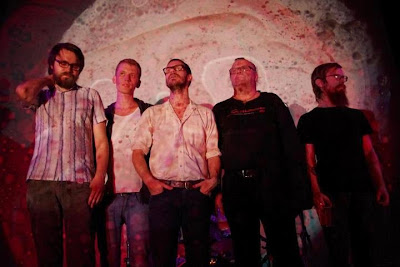 Q. When did Flowers Must Die started, tell us about the history...
A. FMD started in the town Linköping (2 hours south from Stockholm) around 2006 when Jonas Höglund (guitar) and Rickard Daun (sounds) decided to form a band combining 70´s hard rock (Sir Lord Baltimore where a band we listened to a lot) with freeform-rock from Germany and Japan and the slowdown monotone rock from Loop. The result was more a fucked up Flipper, or a Noise version of Acid Mothers Temple. Trying different constellations of friends, we ended up with the group that still is around those days, Martin Daun on bass, Lars Hoffsten on drums and Sven Walan on guitar. Jonas and Rickard had met trough common friends around 99/00? Jonas mostly played in garagerock bands and make his own music at home, ranging from pure guitar noise to electronic soundscapes. Me Rickard started playing music late with the free impro band FRIA KONSTELLATIONEN around 2003/4, where both Jonas and Martin have played at some times too. I have gone trough a various kind of instruments since the start, like trumpet, guitar, percussion, electronic junk, radios, and probably around 20 different keyboards and synths. Martin have played in some Hardcore and Metal bands before. And he is the solid foundation in most of our tracks. I started to know Lars as a youngster, visiting the record store he worked at and asked for tips. At this time he was my art-teacher and didnt hadnt played in any band for a long time. I got to know Sven when he was in the same class as me at the art school, he where into both Jazz and a lot of Stoner (also played in a Stoner band at that time).

Q: Who are your influences?
A. Influences stretch from the bands mention above, we have for sure some music that all of us can relate and be inspired of like Coltrane, Miles, Black Sabbath, Hawkwind, Terry Riley, Can and Sleep.

Q. Make a list of 5 albums of all time…
A. Hard as always, but because were 5 we can choose one each.
Rickard - Suicide (1st album)
Jonas - Townes Van Zandt - Flying Shoes
Sven - Jimi Hendrix - Are you experienced
Martin - Can - Tago Mago
Lars - Miles Davis - Bitches Brew

Q. How do you feel playing live?
A. I know everybody like to play live more than rehearsal or studio recordings. We feel that our music come to its fully when being on a stage, when we create and react to the improvisation at the moments when its happening.

Q. How do you describe Flowers Must Die sounds?
A. The sound is something between Doom-Jazz and Oriental Hardrock, the combination between tradition and innovative sounds. 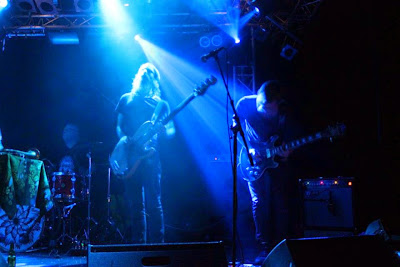 Q: Tell us about the process of recording the songs?
A. The recording are mostly the same as preparing a liveset, someone might have an idee with a riff or a borrowed bassline or a mood or style. If plugged in, ready to record, we record first jam with everyone at the same time, sometimes if we have a more clear idea we maybe record the song 2-3 times and sparse overdubs. Last recording session ended up with around 3 hours of music and 32 recordings, some stretching over 30 min.

Q: Which bands would you love to make a cover version of?
A. We have made quite a few "covers" but maybe that would´t count as a cover, moret re-using riffs or the bassline. We have then borrowed from bands like Angelic Upstarts, Sade, Edip Akbayram, Bobby Hutcherson, Nusrat Fateh Ali Kahn and Bo Diddley. So to answer the question, maybe we sometimes dare to make a cover of Coltrane or Miles...

Q: What´s the plan for the future....
A. We will release a picture vinyl on the great label Höga Nord in Sweden, it will be a two song 12" that were very proud of. We are mixing the recordings from the two last sessions to see what we can use from that. Also we will taking a big step into something new, when we are gonna try out a vocalist for some new tracks that might end up on a highly acclaimed label in Europe.