Bone Machine with Maff - An Interview 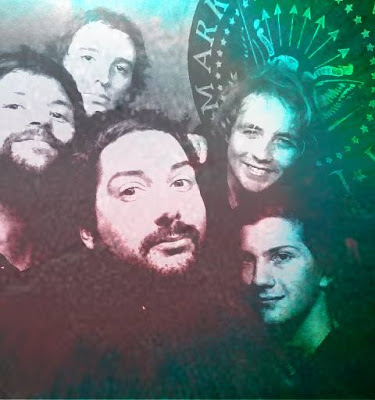 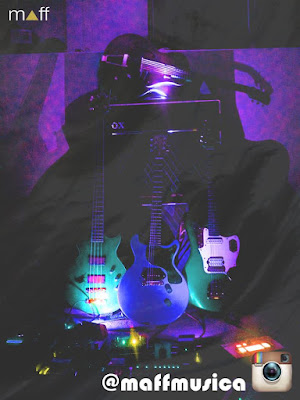 Q. When did Maff started, tell us about the history.
Maff started in 2012. Ricardo Gomez (vocal / guitar / bass) & Nicolas Colombres (drums) founded the band; they are friends from childhood and have a background together playing in punk rock bands.

Both composed, recorded and produced our first "EP" in our own studio ("The Lab"). The fact that we had our own studio gave us the liberty and the time to experiment and really discover the sound we wanted. The EP was mixed and mastered in Fat Master Studio in Santo Domingo, Chile.

Martin Colombes, Nicolas younger brother, participated in some recording sessions during 2013 and he is now are lead guitar.

Gonzalo Correa joined Maff in February 2015, he was the result of a long search of a guitarist that could understand and could reproduce the sound we discovered live.

Joshua Brierley also joined in February 2015; he plays both syths and guitar.

Q: Who are your influences?
Each band member has their own influences that gives us a lot of variety when it comes to composing and the creation process.

However, our first EP was deeply inspired by The Jesus and Mary Chain, The Pixies, Ride, Sonic Youth, My Bloody Valentine.

Q. How do you feel playing live?
Playing live has to do with making a connection with our audience, make them experiment feelings that are not present in their everyday life. Our songs create an introspective ambient that is contagious for both the band and the crowd.


Q. How do you describe Maff sounds?
Guitars filled with distortions and effect pedals (chorus, reverb, muffs). With long, droning riffs, accompanied by waves of distortion, noisy fixtures and electric elements. Distant and reverb vocals and melodies disappeared into the walls of guitars, effects and synthesizers.

Q: Tell us about the process of recording the songs
As we said before, having our own studio makes the recording process all about liberty. Experimenting with different sounds, melodies or song structures. It is all about finding the right elements to process the sound that we have in our head.

Q. Which new bands do you recommended?
It is hard to say; today there are many amazing bands all over their world. However, an interest band is DIIV from NY. Silversun Pickups also has an interesting and powerful proposal.

Q: Which band would you love to make a cover version of?
We are now working on some covers of The Pixies, David Bowie, Jeff Buckley and Iggy Pop.

Q: What´s the plans for future....
During 2015 we are focused in playing our EP live. We have planned to start working on our next EP towards the end of this year; hopefully we will have our next work out the first months of 2016.

Q: Any parting words?
Music is everywhere.
*
*
*
Thanks