Bring Back The 90´s with Future Age - An Interview 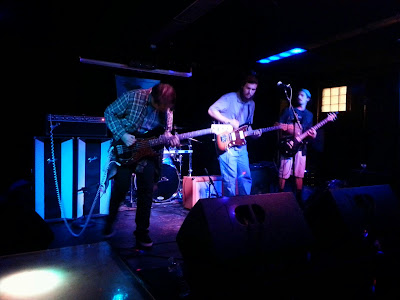 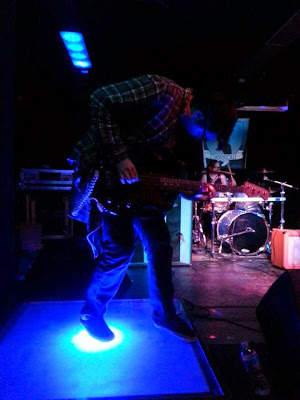 Q. When did Future Age started, tell us about the history...
Chris: Future Age was started by Michael, our guitarist and singer. I used to play in another band with Michael a couple of years back. After the first incarnation of Future Age dwindled out, Michael asked me to come in on bass.

Michael: Future Age started over a year ago. I had so many influences during that time which fueled a whole new style of songwriting, and has since has led to the music we play today.

Q: Who are your influences?
C: In terms of my bass playing style, my biggest influences are Simon Gallup from The Cure, Andy Rourke from The Smiths, and Matt Freeman from Operation Ivy and Rancid. In terms of the bass lines I create for Future Age, I delve more into the influence of My Bloody Valentine, The Jesus & Mary Chain, The Smashing Pumpkins, The Durutti Column, Slowdive, and Paris Angels.

M: My biggest influences would be: Failure, Hum, Dinosaur Jr, My Bloody Valentine, Slowdive, and the list goes on... I've always been drawn by huge swallowing guitars and have definitely mimicked that in my music.

M: Off the top of my head... Smashing Pumpkins "Gish", Failure's "Fantastic Planet", Modest Mouse "The Lonesome Crowdest West", Dinosaur Jr "Green Mind", and Slowdive's "Souvlaki".
Q. How do you feel playing live?
C: I feel free. I feel like I can just thrash about or lean against the wall, or do whatever, and it will be alright. It is a wonderful outlet for pent-up frustrations and other types of negative energies. I like to take the garbage life throws at me and turn it into something creative and enjoyable for others.

M: Playing live has always been a place for me to express pent up feelings that I've had for an extended time. So, if I'm having a bad week, playing a show really helps to release all of my negativity!

M: Future Age is basically a melting pot of all of my favorite bands. When I listen to music, even music I've been listening to for years, I'm absorbing what I hear like a sponge (and sometimes without even knowing it!) When I'm songwriting, all of my inspirations coincide, and I always end up with something really interesting.


Q: Tell us about the process of recording the songs ?
C: We basically lay down individual tracks in Michael’s bedroom using his computer software and a compression microphone.

M: Future Age's recording process is quite funny actually... I actually do all of the recording from my house. I've been using Logic Pro 9 for years, and have learned so much to be able to make our recordings as presentable as they are. I'd like to get more equipment, however I'm very satisfied with what we can produce right now, and I'm in no rush to expand!

Q. Which new bands do you recommended?
C:  I’d have to recommend B’z, Boris, Karate, Pinback, and The Durutti Column.

M: One of my favorite new bands is Whirr, I believe they are located in San Francisco and tour often. They're a great example of being inspired by all of the great 90s shoegaze bands, but they have a heavier element which I love. Another awesome band, who actually just played a show with is Young Lovers. They're a shoegaze/dream pop band in Los Angeles with an amazing live sound. I would suggest both of these bands to anyone who wants to be blown away.

Q: Which band would you love to made a cover version of?
C: f I was doing a cover band I’d be in a Durutti Column cover band. I’m pretty sure that’s never been done.

M: We would definitely be a Queens of the Stone Age cover band, (Kings of the Ice Age).


Q: What´s the plans for future....
M: It's in my hopes that somewhere down the road, we gain a real following. Within the past few months it's seemed very promising, we've played at places we never thought we were going to play, and people have really been enjoying the music. So I'll continue to release music, and for free too, because I just simply want people to listen. I think a lot of people would enjoy what we're bringing to the table. Most of the music I make is very reminiscent of the 90s, which is an era of music that I think most would agree left too soon, so we're going to bring it back to everyone.

C: My plans are pretty much exactly the same as Michael’s plans.