Masquerade with Single Lash - An Interview 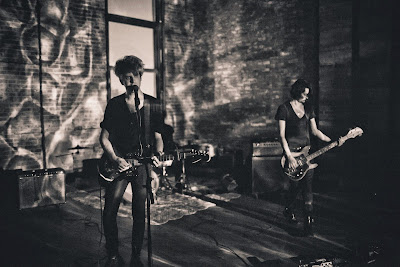 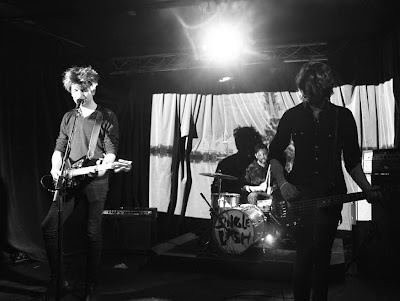 Q. When did Single Lash started, tell us about the history...
I (Nicolas, guitarist and vocalist for Single Lash) started it as a solo project when I was in college, back in 2008. Basically, I got a guitar and a loop pedal and hit the ground running. Before long, Colin Foster joined and eventually we added Neil Lord as our drummer and Single Lash evolved from a little bedroom project into a living, breathing band.

Q: Who are your influences?
My friends- and bands too numerous to name here. Neil brings his krautrock influences to the drums and it shouldn't surprise anyone who's heard us that Colin is a post-punk fan, which I think is an excellent trait in a bassist. My biggest inspiration as a guitarist is Rowland S. Howard- of The Birthday Party, Crime and the City Solution and These Immortal Souls. The depth of emotion that he could wrench out of his instrument is unbelievable.

Q. Make a list of 5 albums of all time…
Ask me again tomorrow you'll probably get a different answer, but today it's:
Medusa- Clan of Xymox
Junkyard- The Birthday Party
Pygmalion- Slowdive
Floodland- The Sisters of Mercy
Pornography- The Cure

Q. How do you feel playing live?
I go into a trance as soon as I play the first note and I don't come out of it until the last of the feedback subsides.

Q. How do you describe Single Lash sounds?
We strive to make music where seemingly disparate elements intersect. We're interested in the point where the abrasive becomes beautiful and visa-versa. I'm too saturated in it to describe the music much better than that. 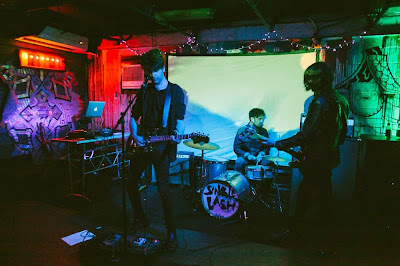 Q: Tell us about the process of recording the songs ?
All of the older Single Lash recordings were essentially me in my bedroom splicing things together like a mad doctor. Our latest s/t release was the first to be recorded in a studio and as a full band. That way we were able to capture it live with only a few overdubs and it gives the recordings a much greater sense of presence, I think. Someone who enjoys our live show will be very pleased with the new album.

Q. Which new bands do you recommend?
There's a fairly new band in Austin called ultraviolet. Brilliant, atmospheric guitar and Caitlin, the singer has a gorgeous voice. They're working on their first album now. Reighnbeau put out probably my favorite album from last year- Hands.

Q: Which band would you love to made a cover version of?
I actually did record a cover of 'Medusa' by Clan of Xymox for a compilation. That was a pretty enlightening experience. Even your favorite song in the world- you probably haven't really heard it until you make a concerted effort to dissect it and figure out how it works. Fortunately, 'Medusa' happens to be such a brilliant song that it can withstand being taken apart and peering into its guts like that didn't ruin it for me. We used to do a super abrasive, noisy version of 'Take My Breath Away'. Once I realized how stupid the lyrics of that song are, I had to inject a good amount of contempt into the performance!

Q: What´s the plans for future....
We're going on an East Coast tour of the US in August! In the meantime, we're working on new material to battle-harden on the road.

Q: Any parting words?
If you care about anything, you have to do more than pay lip-service. You have to get out and support- and yes, sometimes that means paying a bit of money- or one day you'll be looking for that thing you love so much only to find it gone. And on that note- thanks!
*
*
*
Thanks