Surrealistic Pillows with Juleah - An Interview 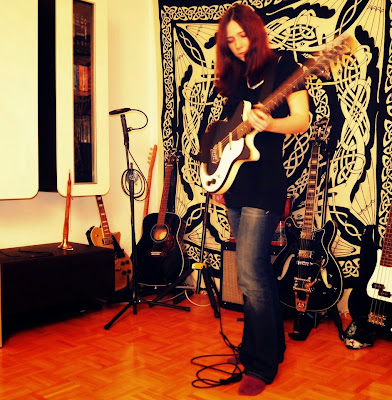 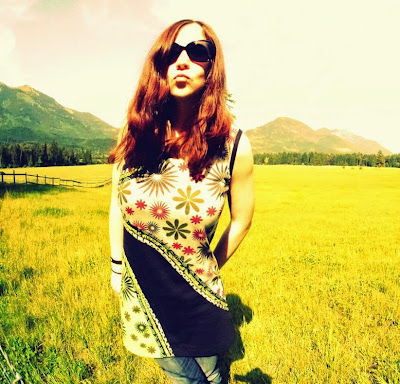 Q. When did Juleah started, tell us about the history...
It started exactly on 20th of November 2011. This was the day I wrote and demoed my very first song. Until then I always believed that I can’t create something that I like because I’m very picky concerning music. But on that day I just tried, without thinking, just to see what happens. It was like a magic window that opened, somewhere above. I finished the song within 24 hours. From that day on I never stopped, always have been working on a song. There’s always something in the oven. But it’s going painfully slow. I do everything on my own which has its advantages (maximum freedom and self realization) and its drawbacks (loneliness) but I met people online that helped me bringing the boat on course and I’m very thankful for them. I believe they also flew through that window

Q: Who are your influences?
At an earlier age Steve Stevens (Billy Idols guitar player) with his playing style and sounds, and Lenny Kravitz with his DIY approach that impressed me very much. At 13 I found my favourite band, Oasis. I consider them, in particular Noel’s songwriting, as my main influence, my basis. I spent my youth adoring british bands of the 90ies (The Verve, The Stone Roses, Primal Scream, Blur, Radiohead) with Kula Shaker deserving a special mention because of the indian influences they combined with the Britpop sound. 2003 was very special because I discovered BRMC. “Whatever Happened To My Rock ‘n’ Roll” pretty much blew my mind. From that on I discovered The Black Angels and older bands like Spacemen 3. That was when I knew that the neo-psychedelic sound is just my cup of tea. At that time there were not that many bands around who did music in that style. I have the impression that, from about 2010 on, the scene just exploded and flourished and I have found so so many bands that I love I’m also influenced by surf rock, not that much by bands from the 60ies but from newer bands like The Growlers or Allah-Las.

Q. Make a list of 5 albuns of all time…
Hm…I don’t really think “in albums”, so that’s difficult. I’ll do that rather spontaneously…
The Doors – The Doors
Kula Shaker – K
Oasis – Morning Glory
The Stone Roses – The Stone Roses
Jefferson Airplane – Surrealistic Pillow

Q. How do you feel playing live?
I can’t tell because I never did it until now. I don’t have a good feeling when thinking about it, at the contrary, because I don’t like standing in the spotlight at all. But I plan a few things…to try it out. Lately I’ve begun to sing the songs that I’ve recorded and I really enjoy it. It’s like the song is alive in a different form. 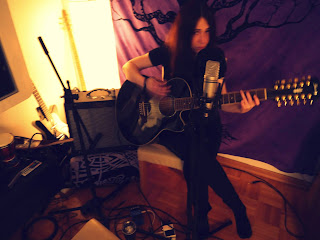 Q. How do you describe Juleah sounds?
Soft, jangly, bluesy, rapturous, maybe a little seductive, dreamy and yet structured and focused.

Q: Tell us about the process of recording the songs ?
When I decide to work out an idea to a song, I first think about the structure and record at least one rhythm guitar track and do the drums. On that basis I build up everything else, trying out what works best. For the current song I am working on I’ve been searching for the right bass line for quite some time, to be not only in harmony with the guitars but also with the melody of the vocals. Anything else are just ornaments and mixing tricks, but I enjoy doing that very much and always like to learn new stuff and improve myself. I do everything at home and this gives me unlimited freedom and time and a relaxed atmosphere.

Q. Which new bands do you recommended?
The Holy Spirit Of Nothing, Vintage Cucumber, Suns Of Thyme, The Babe Rainbow

Q: Which band would you love to made a cover version of?
Hm, I love covering and since I begun I always carried the idea of covering a Beatles song with me. But the time and mood just has to be right.

Q: What´s the plans for future....
I’m looking forward to the release of my first “real” album on 29th of May 2015. Apart from that I have no specific plans at the moment, I’d just like to go on, try out new things and see what happens.

Q: Any parting words?
Thanks for featuring me in your blog!
*
*
*
Thanks