The Creatures with Melampus - An Interview 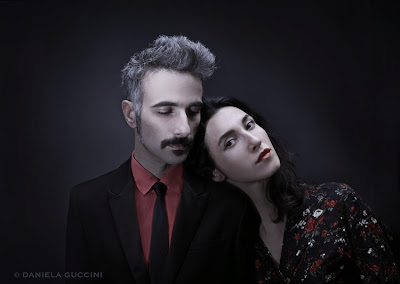 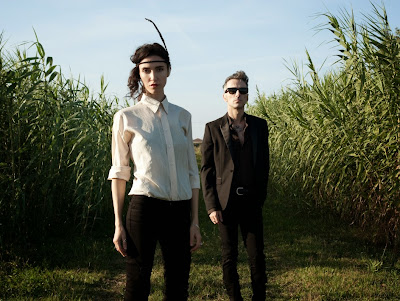 Q. When did Melampus start, tell us the story...
- The project started in late 2011. Gelo and I were playing with other bands and wanted to create something different. We asked ourselves "why don't we try and see what comes out?". We wrote four songs in just a couple of months and recorded our first ep. When Locomotiv Records asked us to produce a full length record (Ode Road, 2012) we were amazed.

Q: Who are your influences?
- It's not easy to say. At the beginning the sound of Doors, Low, Bauhaus, Siouxsie and the Banshees influenced us because we both really love these bands. But every time we enter the studio to record new stuff time has passed, we've listened to something new and our minds have changed.

Q. Make a list of 5 albums of all time…
- Tricky question!
Dead Can Dance "Serpent's egg",
Bill Fay "Time of the last persecution",
Nico "Desertshore",
Crime and the city solution "Room of light",
Doors "Waiting for the sun"

Q. How do you feel playing live?
- It might sound a bit funny but I can proudly say we still feel exited every time we step on stage. Other musicians have told us "it's just a matter of time" before the excitement dies down, but after 3 years on the road we think that if you don't get excited when you are playing, something is terribly wrong.

Q. How do you describe Melampus sound?
- I would simply call it "light and dark"

Q: Tell us about the process of recording the songs.
- We usually start with a draft of voice and guitar or voice and bass line recorded in our home studio. Then we start to layer it with drums and other few instruments. Our rule has always been "less is more", so we try to stop just before we reach too much. Most of the work is done at home, then in the studio we just make it perfect.

Q. Which new bands do you recommend?
- We recommend Sonic Jesus, an Italian band whose first album "Neither virtue nor anger" is out now via Fuzz Club Records. And also Hallelujah, an Italian punk noise band with hardcore flashes and a crazy girl at the drums.

Q: What´s the plan for the future....
- We hurry all the time when a new album is out, we don't hit pause. We go on writing new songs and thinking about what's next. But this time we are trying to enjoy the tour and take some more time to grow wiser. The tour has just begun in Italy and this autumn/winter we're also planning to play some gigs in Europe.

Q: Any parting words?
- Keep doing what makes you happy. And if they say your work is dark, go on anyway.
*
*
*
Thanks