What a Pleasure with Mountain States - An Interview 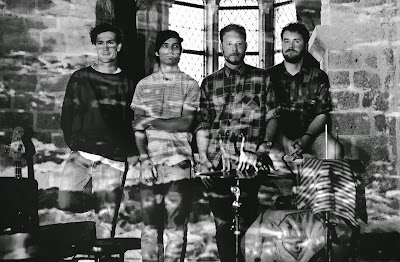 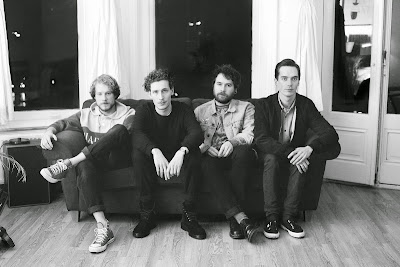 Q. When did Mountain States start, tell us about the history...
Back in 2012 Mountain States consisted out of three members, Bart Vogelaar (drums), Dennis Wintjes (guitar and vocals) and Niek Leermakers (bass guitar and backing vocals). Early 2013, the three of us recorded 'El Sombrero', our first single. Shortly thereafter Niek moved to Barcelona. Over time Mountain States reinvented itself by recruiting Alex Popelier (guitar) and Jeroen Popelier (bass guitar). We basically rehearsed all summer the year after and near the end we released our first E.P., which sports the songs SKY, Home, El Sombrero and Jura. In 2014 we started playing live. Next to that we continued writing songs for a follow up to our self-titled E.P., which resulted in the release of Kairos early 2015. As of now we’re kinda in the middle of doing shows to promote our music and writing new material for a much desired mini-album. Overall we’re still figuring out a lot of novelties as we go along. We’re definitely stoked by all the opportunities we are given at this point.

Q: Who are your influences?
There is a great deal of bands that inspire us, both bands that have already retired as well as bands that have originated in the recent past. So here it goes: The Smiths, Nirvana, The Cure, Joy Division, Blink 182, Death Cab for Cutie, DIIV, Beach Fossils, Real Estate, Ducktails, Kurt Vile and the Violators, The War on Drugs, Blood Orange, and so on and so on… Next to the music that inspires us, we are at times also inspired by literature, film and architecture, and life in general, too.

Q. Make a list of 5 albums of all time…
Alex; Blink 182 – Enema of the State. Each and every song on this album is so fucking catchy! These songs have been with me from my years as a teenager up until now and have never failed to move me. I definitely like the themes that deal with being young and how to cope with that and moreover I am also very fond on the sense of “good times” that this album so strikingly puts to the front.

Bart; Beach Fossils - What a Pleasure. At the moment the music and the sound of this band, as well as the how the band carries itself have an increasingly intriguing effect on me. This album, which actually is an E.P., really inspires me to shape the ways in which Mountain States makes music and deals with everything entailed by it. From the lyrics to the sound of the guitars or the drums on this record, it all makes me super exited to get up and make music myself too.

Dennis; Death Cab for Cutie – Transatlanticism. For me lyrics are always at the starting point of writing music. Personally I feel that the lyrics on this album really showcase one of the best examples of faultlessly describing moments and feelings, which I admire a lot. The accompanying music perfectly provides for that cinematic sphere, which makes the album my all-time favorite.

Jeroen; The Band – Music from Big Pink. I enjoy music a lot when I’m in my safety zone. But I fully understand the music I love most when I’m outside of that zone. That is, when I’m really depressed or super hyped about life. One of the albums that really gets to me is Music from Big Pink by The Band. Every time something profound passes by, I’ll be singing along to one of the great songs on this album. I think that therefore it rightfully deserves to be my all-time favorite. 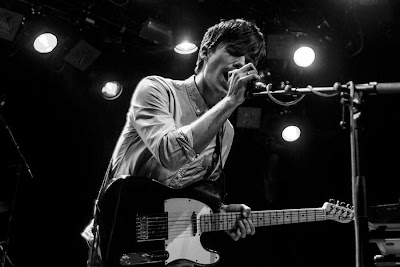 Q. How do you feel playing live?
We love playing live! It’s great to be able to present out music to an audience and we’re really grateful for it. We have done a great deal of different shows since we started playing live in 2014. We’ve seen a variety of venues and have stood for small groups of people as well as had a taste of how it is to play for larger crowds. We like dealing with all these types of new experiences. And we like to discover new places and meet new people. At this point we appreciate both playing at festivals during the summers and playing in the smallest of basements, we want to take it all in right now.

Q. How do you describe Mountain States’ sounds?
Dutch music platform Subbacultcha quite strikingly dubbed us “guitar pop-janglers”. We’re kind of fond of that label I guess. Anything circling around the labels dream pop or shoegaze could also correctly define the music that we make. However, we always try to surpass the limits that these labels propose. Everything we feel comfortable with could potentially be incorporated into the sound of Mountain States. Defining that sound is basically what encompasses the musical inquiry that the four of us are engaged in.

Q: Tell us about the process of recording the songs?
Normally we lay the track down by recording drums, bass guitar and both guitar parts. If the take is good enough, we start to record other layers of music, such as another guitar part or the usage of some effects. Lastly, we add the vocals and try to figure out if we are satisfied or not. Off course we’ll also make sure the recordings are mixed and mastered. However, we do not want to overdo any of the recordings. We prefer to keep a sense of us playing the songs together in the final versions of the songs.


Q. Which new bands do you recommended?
Some more new than others, but these is a list of bands we’re really into right now: Beach Fossils, Mac Demarco, Wavves, FIDLAR, Ariel Pink, Twerps, Kevin Morby, The Babies, French Films, Craft Spells, Veronica Falls, Wavves, and the list goes on…

Q: Which band would you love to make a cover version of?
Alex; Phil Collins.
Bart; The Smiths.
Dennis; Ducktails.
Jeroen; The Cure.

Q: What´s the plan for the future?
Besides playing a lot of shows, we also got other plans for upcoming year. Right now we're working on a video clip for the track 'Hologram' of Kairos. We hope to finish it before the summer. Next to that we are working on new songs, too. We try to challenge ourselves and come up with new sounds. In 2016 we're going to record our first album, which probably will contain somewhere between eight to ten new songs. Above all we will continue to enjoy playing in a band together!

Q: Any parting words?
First of all, thank you so much for the interview. Hope you have a nice and sunny day all the way over in Brazil. Next to that, enjoy our music and hopefully share it with the rest of the world!
*
*
*
Thanks