Alone Again Or with City of me - An Interview 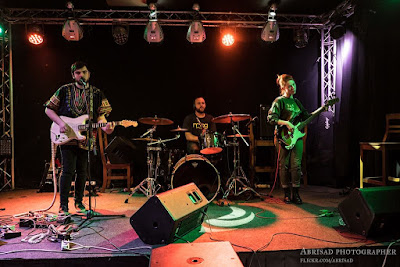 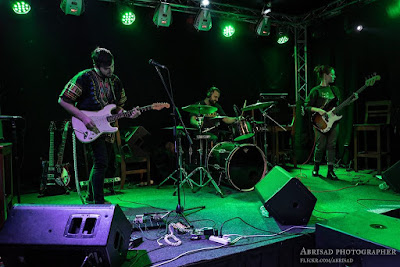 Q. When did CITY OF ME started, tell us about the history...
*CITY OF ME (capitalized)
Eduard (E) – guitar/vocals
Regina (R) – bass

E: I think it was summer 2012, when Regina joined the band, I mean we’ve been playing with Dmitriy, the drummer, for some time. Ever since, we haven’t really considered a fourth band member. We took some time off, so our first record was released two years later. And the latest EP - Fall was released this April.

Q: Who are your influences?
R: Pre-1978 Black Sabbath and similar band of that time: Pentagram, Blue Cheer, Dust. Many artists of mid- and late 60s formed my musical vision in terms of composition and sound. Love was a significant band, I think I can speak for all three of us here. Also, Italo disco (and disco in general) is a strong influence for me right now.

E: It's really hard to say. I think I draw influences from heavier shoegaze and metal bands, so our newer songs comprise a much wider range of influences rather than regular post-punk we’ve been initially ‘tagged’ with.

Albums one and two are my personal most favorite records of all time, number three is Regina’s choice, I haven’t had a chance to listen to Paul Simon’s solo songs yet, and all of us would definitely agree on albums four and five.

Q. How do you feel playing live?
R: I feel whatever the crowd feels. So they pretty much decide on my mood during gigs.

E: We've recently returned from tour, and I really enjoyed playing every day for different crowds and cities.


Q. How do you describe CITY OF ME sounds?
E: The latest record is a transition between what we used to play and what you are going to hear on our next record. So I can’t tell you exactly. It's just some guitars, bass, drums, and vocals.

Q: Tell us about the process of recording the songs?
E: As for both EPs, we played songs tons of times, so when we got to actual recording, tracking drums, bass and guitars took us really fast. The hardest part is mixing, still working on that one.

Q. Which new bands do you recommend?
R: There are way too many great bands now.

E: Well, we've recently played a mini-festival with a guy recording songs under the name Phooey! He played all by himself, just him and his guitar, kind of Buddy Holly meeting Blink-182 (in a good way). But the way he performed, that's what really impressed us. And for the last two songs, he was joined by a drummer, and that was very extra emotional. This guy is actually around for some time, I can't say he's ‘new’, but he definitely deserves more credit for his art.

Q: Which band would you love to made a cover version of?
E: Converge or Connan Mockasin.

Q: What's the plan for future?
E: We plan on recording an album, that pretty much sums it up.

Q: Any parting words?
R: Soul-filling life to everyone.

E: Do something special with all the effort it takes because that's the only thing you're going to leave when you die.
*
*
*
Thanks