A Storm In Heaven with The Watchmakers - An Interview 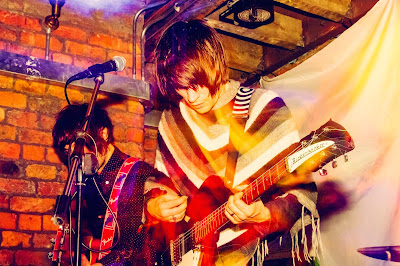 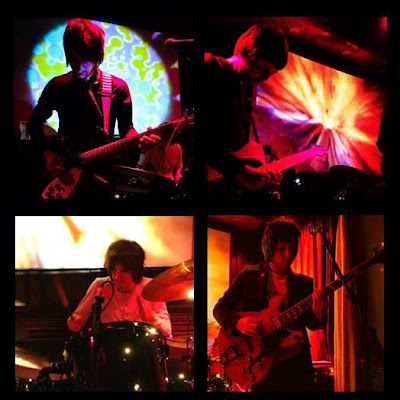 Q. When did The Watchmakers started, tell us about the history...
We formed in 2012/13 in Manchester from the ashes of other musical projects when Adam (Guitar) joined Rich (Guitar / Vox) and Ian (Drums) to jam song ideas in Manchester. We recorded a few demo's and played a couple of gigs in 2012 and 2013 before Andy (Bass Player) joined in 2013 to compete current line up.

Q: Who are your influences?
We have loads of influences but I'd say our shared influences would be The Verve, The Beatles and The Brian Jonestown Massacre.

Personally speaking some other bands that have influenced my writing over the last few years are The Thirteenth Floor Elevators, LOVE, Spiritualized, Primal Scream, Tame Impala, White Fence, Black Angels ,The Horrors, Woods and The National.

Q. Make a list of 5 albums of all time…
The Beatles - Revolver
The Verve - A Storm In Heaven
Spiritualized - Ladies & Gentleman We Are Floating In Space
The Stone Roses - The Stone Roses
Love - Forever Changes

If I could have 6 I'd pick 'High Violet' by The National!!

Q. How do you feel playing live?
We love playing live. We have a huge live sound and the songs take on an energy and life of their own. It's a buzz to see people getting into them and we feed off that on stage.

Q. How do you describe The Watchmakers sounds?
Driving grooves drenched in shimmering waves of synths & fuzz with euphoric melodies.

Q: Tell us about the process of recording the songs?
It always starts with a drum track down as the foundation. We'll then then add Bass and layer with synths / strings and ambient sounds before Adam and myself record the guitars and vocals and any other overdubs.

We record everything ourselves in our studio or at Adam's house so it's often a fairly long process from start to finish - especially for Adam who also mixes the tracks. We find doing it ourselves gives us more opportunity to experiment and get the sound spot on without the time and cost restraints when you are paying for a studio. 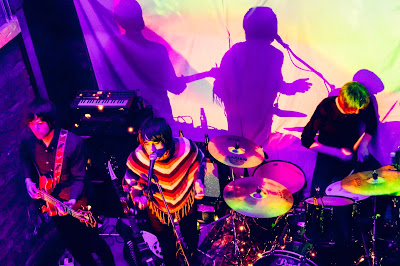 Q. Which new bands do you recommended
At the moment I'm digging Hinds from Spain, The Babe Rainbow from Australia and Sunflower Bean from Brooklyn. We've also played a couple of gigs with Blossoms from Stockport have just had an amazing year and are worth checking out.

Q: Which bands would you love to make a cover version of?
We've covered The Beatles 'She Said She Said' and the Stone Roses 'All Across The Sands' at our live shows in the past. I'd like to cover The Stone Roses 'Tightrope' or Spiritualized 'I think I'm in love' at some point in the future. I'd also like to put our spin on something more obscure or that sounds nothing like us. Let's go for White Town - 'Your Woman' !!

Q: What´s the plan for the future....
We have some exciting shows coming up this Summer such as Kendal Calling & Secret Garden Party Festival then we'll hopefully be releasing an E.P in the autumn with some shows across the UK and maybe Europe to promote that.

Q: Any parting words?
Even a clock that does not work is right twice a day!
*
*
*
Thanks