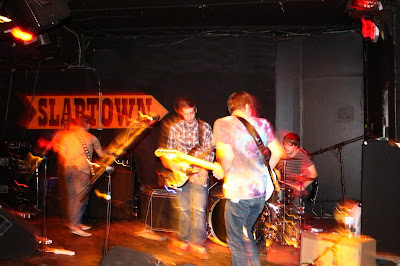 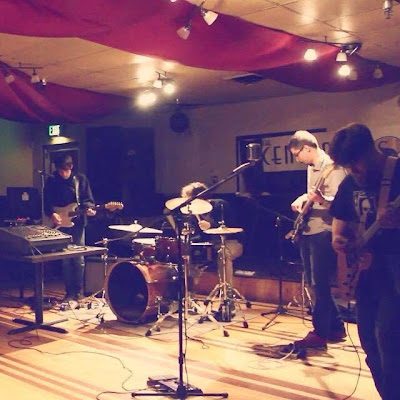 Q. When did Oceanside Static started, tell us about the history...
1. The group was somewhat of a transformation from an earlier project with the addition Kimball after he found a house near Portland with Brandon in 2013. We all had an appreciation for experimental music and it just seemed to work while recording The Madrona Demo And here we are.

Q: Who are your influences?
2. A tough one for everybody to identify. Everybody seems to like everything for one reason or another. Tea. Puppies. Going to the Park. Eating Thai food. Life is pretty inspiring as is.

Q. Make a list of 5 albuns of all time…
3. After hours of deliberation, we managed to settle on:

Q. How do you feel playing live?
4. The energy while playing live is about as large or animated as we've tried to make it sound while recording. There's just a lot more noise, and we tend to not stop playing the whole time. Occasionally, there's howling involved. It's a great deal of fun.

Q. How do you describe Oceanside Static sounds? 5.
Our sound is ever changing, so it is hard to pinpoint what our current 'sound' would be.

Q: Tell us about the process of recording the songs ?
6. We record our own stuff and it has been working out really well. Working on your own recordings give you a lot more freedom with your sounds and makes the process way less stressful.


Q. Which new bands do you recommended?
7. Some bands we know which maybe (fairly) new: Bangbakc Entendre Entendre Jack the Spitter Mãscaras  It's hard to name a lot of 'new' bands, but there is a lot of good albums that came out this year. Some of our favorites include: To Pimp A Butterfly - Kendrick Lamar Jenny Death - Death Grips Powder - Bones PBVSGR - Panda Bear Godspeed you! Black Emperor - Asunder, Sweet And Other Distress.

Q: Which band would you love to made a cover version of?
8. The Twin Peeks theme back to back to the X-Files theme, then we end it with the Seinfeld theme. Gotta have dat sexy slap bass.

Q: What´s the plans for future....
9. We just hope our future remains productive and we continue to maintain a creative mindset play shows. We're actually recording an EP currently and it has been our main focus.