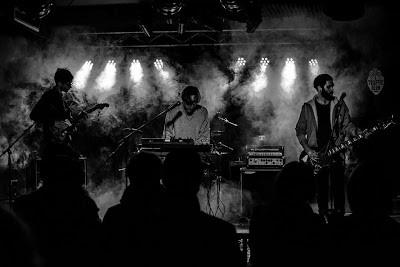 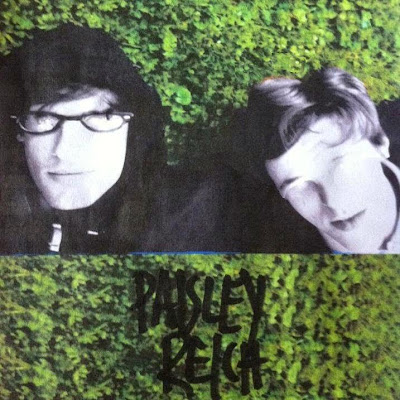 Q. When did Paisley Reich started, tell us about the history...
Two of us used to have a crappy high school band that was dismantled right after we started uni. I was sad, I got into lots of weird obscure psychedelic stuff and I had a keyboard and a delay pedal. At some point we met this tall guy who had just moved to Rome and had a Jazzmaster and was into sonic youth and reverb. So we got one of our friends playing bass and started jamming together. We just wanted to sound confusing and weird and loud. After some time we started writing pop songs and doing some home recording. We played shows, we met people, we made friends, we found out there was actually a lot of people making music in Rome. We tried different directions, we stopped for some time and then played more intensively for some time and then stopped again. We periodically recorded stuff with the band or with our friends under the name Paisley Reich. Everything was fun. We have a new EP coming out on vinyl and we are going to release a CD collection of old and new music as well. Everything is coming out soon on Lady Sometimes Records and Satellite Records.

Q: Who are your influences?
We always had a huge amount of different influences and backgrounds. I would say that our main stylistic influences are 70s and 80s post punk and new wave, 80s and 90s indie rock, shoegaze, noise rock and the neo psychedelic revival of the last ten years.

Q. Make a list of 5 albums of all time…
This one is too tough so I’ll just exclude pre-punk music. I would probably go for some classics and pick Marquee Moon, In the Aeroplane Over the Sea, Daydream Nation, You’re Living All Over Me and the You Made Me Realise EP

Q. How do you feel playing live?
It’s usually fun to play small, noisy venues when you feel confident and things can get loud and confusing. Without these elements things can get frustrating at times, but I guess sometimes you can turn frustration into something fun as well. 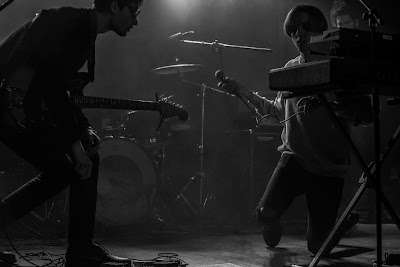 Q. How do you describe Paisley Reich sounds?
I don’t know, I’d say we usually try to take a minimal pop structure and make it into something more noisy, psychedelic or blurred so that we end up having something that sounds very straightforward but is also fun to play and has maybe some mysterious quality to it.

Q: Tell us about the process of recording the songs ?
I think we sound pretty different when we play live from what you hear on records. We don’t really try to replicate the live sound or feeling into a record. We always did everything at home on our laptops, one of us has some studio equipment for special occasions. For this last Ep we recorded the drums in a friend’s practice space and we did everything else at home.

Q. Which new bands do you recommended?
We are always into a lot of new music. We’ve been loving the whole bubblegum bass thing that has been coming out on Pc Music, Manicure or Activia Benz.

I’ve always loved labels with a very distinctive and bold aesthetic or approach, like Sacred Bones or Posh Isolation. Personally, I think that Iceage have put out some of the most exciting rock records in the last couple of years.

Q: Which band would you love to make a cover version of?
We usually love covering songs for Christmas Eps or compilations. It could be a very simple, emotional pop tune that you could turn into something weird and hallucinated, but it’s also nice to play something that is more similar to your style. I usually record quite a lot of covers just for fun. Btw It would be cool to make a bedroom version of Kylie Minogue’s Can’t get you out of my head.

Q: What´s the plans for future…
We really don’t know. We can’t wait for our records to come out, but as I said, this is happening soon. We are working on our first video in the meanwhile, just to try something new. We also have some new stuff that we’d like to record with a more bedroom/studio approach and release as singles or as a new Ep in the future.

Q: Any parting words?
This has been some great self-celebration. Thanks for having us over.