Dots and Loops with Dorothea Paas - An Interview 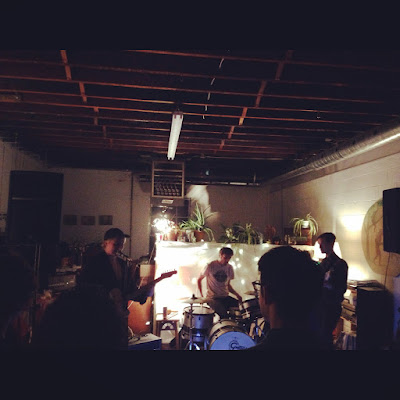 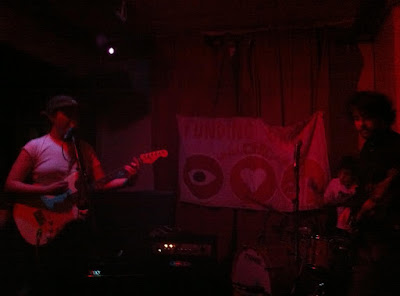 1. When did Dorothea Paas started, tell us about the history...
The band started out in 2013. I had been playing shows by myself for a couple years before that in Kingston, and then my friends Mark Streeter and Neven Lochhead joined me and we started working on new arrangements of the songs. I was really excited about the new life the songs were gaining with the band, and we started recording some DIY tapes and playing shows around Kingston and sometimes in Toronto or Montreal. The Kingston music scene was really nourishing at the time.

In 2014 we all went our separate ways but I kept collaborating with Mark (who plays drums) long distance. Last year he moved to Toronto where I am and we were lucky to be joined by our friend Graeme Stewart on bass. Now the three of us are working on new songs and refreshing some older ones. We are trying to go for a honed-in, pretty but rough-hewn sound with our newer arrangements. It has been a real pleasure to see how each of our approaches to playing come together in collaboration, and I feel lucky to be playing with such great musicians and friends!

2. Who are your influences?
We all have really broad musical interests, so influence is sometimes indirect. We don't necessarily sound like the music we listen to, but various elements might seep in. We listen to everything from great music made by friends to highly produced pop and hip hop. I draw influence from people here and there, like Joni Mitchell's song structure, or Julie Doiron's spacious guitar playing, or J Mascis' ability to transform a song with his vocal delivery, but I don't have a firm idea of what I want the band to sound like, and I don't want to model it after another band's sound. Partly that is because I don't know as many bands as my bandmates, which can be sort of funny when they say, 'this sounds like _____' and I have never heard the band. Our musical influences don't always overlap, but it can be helpful to draw on the different knowledge base that my bandmates have from time to time. It can help to put the music we are making into context of a broader history, and can also be useful for things like mixing and recording, to communicate to the engineer what bands we want our sound to be in the vein of.

3. 5 albums of all time:
This is too hard for me! I have never been someone who's made 'best of' lists. I more just consume a lot of things, find reasons to love them, take what I will from them, or criticize where I see fit. I listen to something really obsessively for a few months, and then I might not revisit it for a while. Maybe I'm a product of internet culture in that way. But for whatever reason, I feel unable to answer! 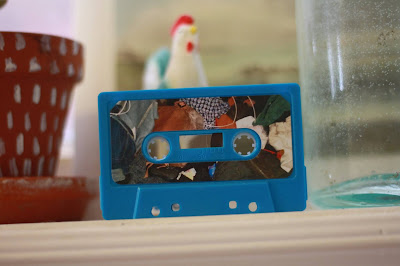 4. How do you feel playing live?
I feel good playing live! It is pretty exhilarating, especially when there is a good feeling in the room and I feel in tune with my bandmates. Audiences can be very loving and nurturing, and when the feeling of admiration seems reciprocal between performer and audience it is a very nice thing. I feel really grateful for the people who come out to live shows. It's heartening.

5. Tell us about the process of recording the songs ?
The first recording I made was just me in my bedroom, made through Garage Band, the most minimal recording set up ever. Then the first two tapes we did by ourselves in our jam space on an 8-track cassette recorder we borrowed from our friend Christian Simmons. For the most recent tape, Calm Your Body Down, Christian recorded us in his shared studio in Montreal, which was a great experience. Christian is excellent and his gear is all really nice, a lot of it vintage / analogue, and some of it home made, so it is a treat to record with him. It's usually a pretty fast process, a couple of days in Montreal where we joke a lot and snack intermittently.

7. Which band would you love to make a cover of?
We want to have a fake band where we play improvised funk jams that are actually terrible. Really though, we haven't ever really talked about doing covers as a band. I don't think it's in the works for us. I used to play covers of Car on a Hill and Help Me by Joni Mitchell when I played alone.

8. What's the plans for the future?
We are working on some new songs, so we will probably record them in the near future! Other than that, we are just practicing as much as we can and planning some fun shows. We might try and go outside of Toronto and Montreal for some further-away shows in the next little while. A lil baby tour maybe?

9. Parting words:
Bless you for listening and reading this interview, lol. Much love.
*
*
*
Thanks