Freak Scene with Did You Die - An Interview 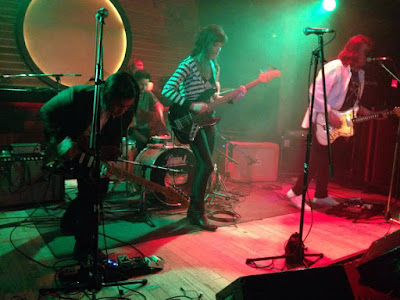 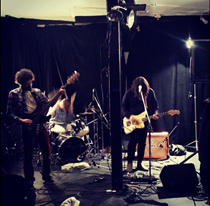 Q. When did Did You Die started, tell us about the history...
-DYD started in my bedroom. I had written a slew of songs, maybe like 15 to 20? So I started recording them in my home studio. I also recorded some covers by bands like The Yardbirds, The Byrds, Kate Bush…. It was also a lot of fun to record these songs with friends in another bands that I always wanted to work with. It was really freeing and I didn’t have the restraints of say…a record label or bandmates telling me what and how to do it. The next logical step was to put a band together to play these songs live…

Q: Who are your influences?
-A lot of my influences stem from the late 80s into the early to mid 90s. For these songs it was a combination of bands like Dinosaur JR, Yo La Tengo, My Bloody Valentine, Eric’s Trip and stuff like Chapterhouse. I love how effortless those bands album seem. They didn’t care about having these super pro recordings and back then probably couldn’t afford it. I put that approach into my own efforts where it’s more about releasing music then the best possible recordings. I don’t even really like pro-tool sounding albums anymore. We try and keep everything we do sounding real, maybe adding a bit of reverb to the instruments when we record but that’s about it. Analog just sounds much warmer and suits the music.

Q. Make a list of 5 albuns of all time…
-Um this is really difficult for me to do….Over the years some albums that have stuck with me and really acted like a blue print are:

Nirvana - Nevermind - I remember hearing this album for the first time as a tween in 1991..and it made me feel like my generation finally had it’s own music. Before then everyone was listening to baby boomer rock like The Beatles or The Stones….

My Blood Valentine - Isin’t Anything - When I heard this album for the first time (pre-Loveless) I had never heard music like this before. This album went on to clearly influence thousands of bands…it really started a style of music.

The Cure - Disintegration - When I’m strong enough I can put this album on….and when that happens I usually listen to it everyday for a month or two. It’s almost therapeutic for me as it can really bring up a lot of real feelings of shitty things and wonderful things that have happened to me all at the same time.

The Jesus & Mary Chain - Darklands - To me this is a flawless album, pop music that actually evokes deep emotion…I haven’t heard an album in the pop sense that can match this one. Darklands is generational.

Dinosaur JR - Bug - sometimes when I put this album on it makes me wonder how 3 kids could have put together a record like this in the late 80s…a time when glamrock and robot pop ruled the airwaves. This album really influenced the way I play guitar and sing….I really identified with the slacker vocal approach. I could relate to it cuz that’s how I approach singing naturally. Bug became the template for american college rock …it really set the tone and spoke to thousands of college kids.

Q. How do you feel playing live?
-Playing live is a lot of fun…sometimes emotional if I think about what the song is about…sometimes I forget the lyrics too tho…haha 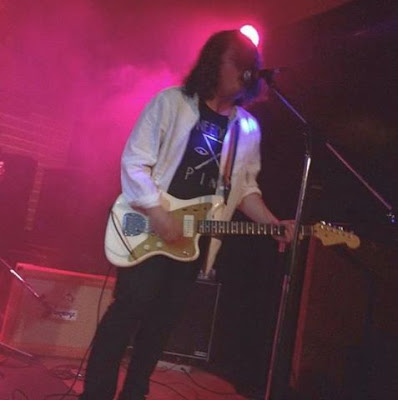 Q. How do you describe Did You Die sounds?
-Slacker Rock.

Q: Tell us about the process of recording the songs ?
-simplicity at it’s finest…in the beginning i played all the instruments on the early singles/eps….our full length though that was the band playing live in a room together. We had a really good producer , Felix Fung, who kept pushing us for better takes..keeping us on point with the feel of the song we were recording. Really proud of that album…it will be coming out later this year.

Q. Which new bands do you recommended?
-Them Are Us Too / DIIV / Elsa / The Prettys.

Q: Which band would you love to made a cover version of?
-We’ve done a bunch of covers already…I think my favourite cover we’ve done so far is Matthew Sweet’s “Sick Of Myself”. Covers just kind of come up for me as an after thought..or I’ll get an idea to do a cover on a certain day and just figure out the song and record it all in the same day.

Q: What´s the plans for future….
-We have that full length album we are planning on releasing…once that comes out there will be a tour around that….we are currently just planning that out ….

Q: Any parting words?
- We would really love to come and play some shows in Brasil!
*
*
*
Thanks