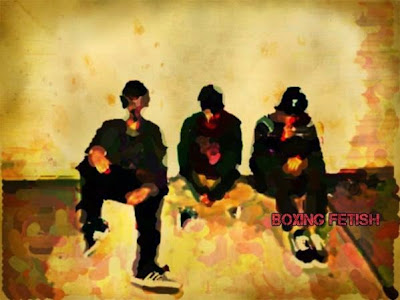 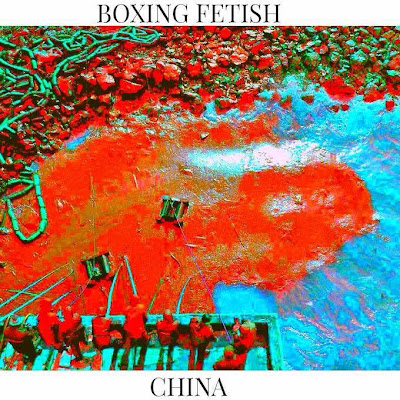 Q. When did Boxing Fetish started, tell us about the history...
A. I (Nick Alexandroff) recorded our first song 'Living in Paintings' when I started college last fall. I made it on garageband, and the final product was good enough to make a new Facebook and Soundcloud page. I was playing in another band called Ota Benga' at this point. By november Ota Benga disbanded. I started recording our EP 'CHINA' in late november. By January, I formed the live band. For the past few months we've started playing our first shows, and released the EP 3 days ago.

Q. Make a list of 5 albuns of all time…
A. 5. Innerspeaker
4. Dark Side of the moon
3. Salad Days
2. Magical Mystery Tour
1. Beggars Banquet

Q. How do you feel playing live?
A. I feel like I'm at work. I enjoy the stress, I feel like I'm in a trance, and I don't leave that trance until I walk off the stage. When me practice, I go crazy. As my music got more professionally sounding, and more enjoyable to hear, practicing and playing live became more of a spiritual experience.

Q. How do you describe Boxing Fetish sounds?
A. Boxing Fetish when It's recorded, is me on every instrument, so when I hear it, It sounds like me. I think boxing fetish sounds fuzzy, colorful, some times lo fi, sometimes poppy, sometimes psychedelic, sometimes really dreamy. Live it sounds tight, and a way more like a band, rather then a recording project.


Q: Tell us about the process of recording the songs ?
A. I usually have some idea of what I want to do prior to recording. I strum together a rough idea for a guitar riff, then i add drums. Then everything else. Vocals always go Last.

Q: Which band would you love to made a cover version of?
A. I would probably want to cover 'What is and What should never be' by Led Zeppelin.

Q: What´s the plans for future....
A. Spend the summer playing the biggest shows that we can put together, release a properly mixed and mastered six song EP. Hopefully organize a tour for the fall or winter. Then maybe by 2016 or 2017, play an international tour, hopefully with some festivals in there.

Q: Any parting words?
A. Thank you so much for the support and the listen. We will let you know if we ever come down to Sao Paulo Brazil.
*
*
*
Thanks