We're All Yours with Nine:Forty:PM - An Interview 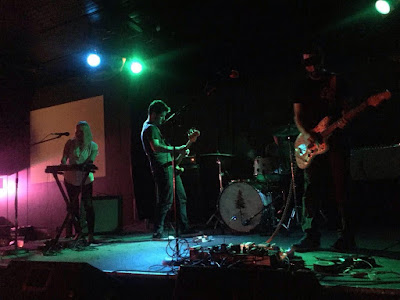 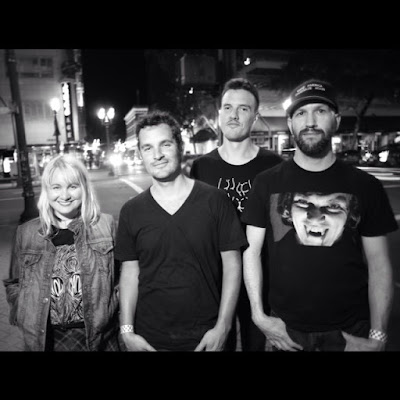 Q. When did Nine:Forty:PM start? Tell us about the history...
A. We met through an ad on Craigslist in October of 2016. Jason had placed an ad titled "MAKE AMERICA SHOEGAZE AGAIN" that had the Loveless album cover as it's main picture. After our initial rehearsal it was just drums and guitar for a while and we worked on songs in an unheated loading dock for a few months before Lisette started writing with us regularly. We moved to a more comfortable practice space and over the next few months we kept working on material while going through six bassists before we found Dusty. After finally getting a solid line up we began polishing the songs for our recently released EP, "We're All Yours" and playing shows around Portland, Oregon.

Q: Who are your influences?
MBV, Dinosaur Jr., Slowdive, Explosions In The Sky, The Cure, M83, Sonic Youth, This Will Destroy You

Q. Make a list of 5 albums of all time…
A. Ok, this is really hard but here goes:

My Bloody Valentine -Loveless
Dinosaur Jr. -You're Living All Over Me
Interpol -Turn On The Bright Lights
The Cure -Disintegration
Slowdive -Souvlaki

Q. How do you feel playing live?
A. Loud, Engulfed in sound, Feels like surfing a giant wave of sound.

Q. How do you describe Nine:Forty:PM sounds?
A. Wall of sound, heavy, guitar driven, melodic. Pillowy reverb, bombastic waves of fuzz. We incorporate elements of shoegaze, post rock and noise with pop melodies. We work a lot with quiet to loud dynamics. High volume and power is a also a huge part of our sound.


Q: Tell us about the process of recording the songs
A. We wrote most of these songs during one of the coldest winters Portland has seen in a long time and that came out in the material in certain ways. The writing process was pretty collective and democratic. Someone would come in with a riff or melody and we'd jam on that and make phone recordings. Then we'd listen back later and figure out what worked and what needed to be changed. Some of the songs were written around specific drum beats. We just kept working on songs until they sounded exactly the way we wanted them. By the time we went to the studio to record we had them all worked out so the only issue was getting the sound we wanted. We were really concerned with getting a huge drum sound and just making sure everything was loud. We're really happy with the way it came out.

Q: Which band would you love to made a cover version of?
A. Slowdive. We also did a cover of "Plainsong" by The Cure at a few of our shows. It would be fun to do an entire Cure show for Halloween.

Q: What are your plans for the future?
A. Our drummer, Sam, moved away for school so we're looking for a new drummer right now. We just want to continue making music. We set pretty modest goals for ourselves. We made our EP and played some shows, that was a goal we set. We've talked about doing some small tours so we'd like to do that next. From there, just keep writing new material and evolving our sound and play whenever we can.