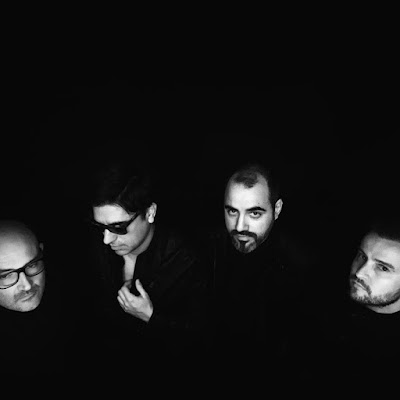 "We had never been asked to write an individual review of each of the songs of a record before. We're not used to seeing our songs from that perspective, but we're glad to provide our view on them to your readers. For this record, by the time we arrived to the studio we had already defined all its aspects (such as songs, concept, recording) more than in previous records. We wanted to raise the bar from our previous work, surpass ourselves and expand our own boundaries. One of the key elements in this record is that songs are shorter. We wanted them to be perfect, stripped of anything superfluous. And after months of work in three different studios, here's the output: it's called 'Portraits' and it's our best creation so far. Each song is a portrait of our sound and our personality. These ten songs reflect who we are and what we've learned during all these years together."

1. Mental
The album opens with 'Mental', in which we intended to keep the solemnity of the Ambros Chapel sound, but adding a groovy touch to it. It contains amazing voice and guitar riffs over that rhythmic base. It is a natural evolution of the sound of songs like 'Got An A' from our second record. We're so happy with the result that we've chosen it for the single that will promote the record.

2. Glassvegas
The second song is 'Glassvegas'. It is a half-time Ambros Chapel classic with a very emotional and epic chorus. This song was very hard to produce because it's difficult to capture emotion at the studio. Our goal is to make our public feel stirred by the songs, to bring them to the way we feel when we're composing them. And we think we've come very close to what we intended to accomplish.

3. Whiskey
The next song on the record is 'Whiskey'. We always feel moved whenever we play this vibrant song. It starts with a spectacular rhythm that takes you through an explosion of choruses and guitar riffs to a sick crescendo ending. It's a great song!

4. Someone
Next comes 'Someone', a song about personal reaffirmation. It encompasses a lot of work and very special dynamics. It exceeds the expectations of a well-rounded song. There is nothing missing. The guitar solo is concise and captivating.

5. Déjà Vu"
Then we get to 'Déjà Vu'. This piece is the best example our vision of epic and darkness. Its rhythm is the result of a drum and bass guitar jam session. We wanted the guitars to add an eerie ambience. We introduced our classic change of pace in the middle of the song and a totally deranged ending. The ideal soundtrack for a thriller film.

6. In The Fall
'In The Fall' is a return to the nineties. To unleashed guitars and drums. Blunt and direct, uncompromising. It contains some of the best verses we've ever composed.

7. Beirut
The next one is 'Beirut', a delightful, very subtle song. We wanted to adapt our playing style to highlight the subtleties of the different elements. We focused on playing very softly, only increasing slightly during the choruses. This song represents the evolution of our most refined sound and has allowed each of us to gain valuable experience in our approach to our own instruments.

8. Insight
'Insight' was supposed to be the opening song of the record: dynamic, epic and robust. But after selecting the songs that would be included in the record, we decided on a different arrangement for the track list. We consider very carefully what the the song order should be. Perhaps on a previous record this song would have been the first, but this record has a different feeling.

9. Wonder Why
The second to last song is 'Wonder Why'. An accurately aimed shot to the listener. It might be the shortest song we've ever recorded, but it contains all the ingredients of our distinctive sound: a truly explosive opening followed by some calmer verses that lead to a very melodic chorus. The perfect song before our last blow,

10. August
'August', which is our personal take on melancholy. It is a pop song filtered through our style. Our previous records also included poppier songs, but this one, while being simpler in terms of structure and execution, is also more complex because of the emotion it must convey. The motif of the lead guitar and the chorus are amazing.

We hope you enjoy this record. We are very proud of it and of what it represents for us.

Greeting from Valencia, Spain.
*
*
*
Thanks