Awaken the Quietus with Quali - An Interview 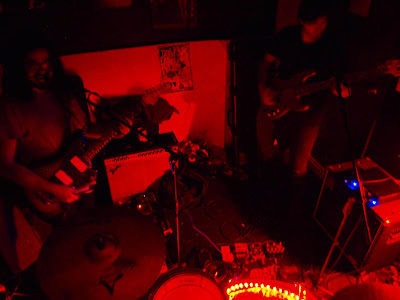 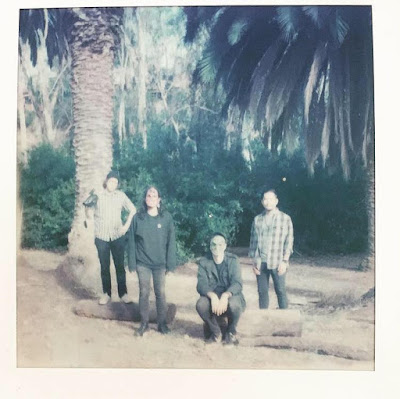 Q. When did Quali start? Tell us about the history...
Quali started officially in 2012 when Dima, our second guitarist, moved to LA while I was living there. Dima and I have always had good chemistry working together in the past, and when he moved to LA, he helped Quali take shape and become more of a realized project than just the ideas and feelings I had been working on for years prior. The beginnings of Quali really started forming back in 2009, when my previous project, a folk punk band that was my first experience writing music, playing guitar, and singing, ended. After that, I started writing my own personal music, trying to find ways to express how I felt, taking a lot of different, eclectic directions. I was playing drums in a band called Colony while I was working on ideas of my own with my girlfriend at the time. Josue and Sound, both members of Colony, filled up the rhythm section for Quali (known as Qualia at the time). During this time, Dima was working at Clear Lake Recording Studios in North Hollywood, which is where we started working on “The Familiar and The Other.” We would work late at night recording all the parts ourselves, not really knowing what we were doing. It was a great learning experience. My time living in LA was more or less my schooling for working towards understanding how to formulate and translate the feelings and concepts stuck in my head.

I moved back to San Diego in 2013, and that's when Glen and Tyler joined the band on drums and bass. We started playing around San Diego a lot at this time while finishing up mixing TFATO. When we released that album in 2015, we started making connections with bands throughout California that dug it, and it felt amazing to start having a sort of validation amongst our peers. After that, the band had some setbacks when Dima and Tyler left to follow other pursuits. Without a full band, Glen and I decided to just start writing and working on the next album. Josue moved back to San Diego in 2016, rejoined the band on bass, and the three of us began working on recording “Awaken the Quietus,” making trips up to LA to record with Dima. As we wrapped up that second album, Dima moved back to San Diego and rejoined the band, and Sean replaced Josue on bass, forming our current lineup. We released “Awaken the Quietus” in September and are trying to keep the momentum up going forward.

Q: Who are your influences?
The things that influence me most are random images and thoughts in my head. Sometimes I see an image or aesthetic in my head that I need to replicate through songwriting and building textures of sounds. I also draw a lot of inspiration from films. I like trying to have a cinematic quality when it comes to Quali. Science fiction plays a huge influence on us. As for band influences, I would say we are influenced from all over the musical spectrum, but some major influences for Quali would be: Autolux, Blonde Redhead, Beach Boys, Broadcast, Cold Body Radiation, D'angelo, Elliott Smith, Flying Lotus, J Dilla, Jay Electronica, Kanye, King Crimson, Marvin Gaye, My Bloody Valentine, Nadja, Nine Inch Nails, Outkast, Pink Floyd, Radiohead, Slint, Slowdive, Smashing Pumpkins, Swervedriver, Swirlies, True Widow.

Q. Make a list of 5 albums of all time…
This is really hard, but I guess if I was stranded on an island and could only pick 5, these would be them (in no particular order):

This was my knee jerk reaction, but the more I think of it, the more and more I want to add to this list.

Q. How do you feel playing live?
I really love playing live. I know a lot of musicians feel differently, but to me, there is nothing better than expressing yourself completely on stage. Just bleeding in front of everyone there with your amp right behind you, shooting all its sound through you. We like to make the live experience as personal and candid as possible. I think that it’s cool to try to sound as tight and close to a polished recording when you play live, but I personally love the slop and grit in a set that makes you seem real because no one is perfect. The imperfections can be the most beautiful sometimes.

Q. How do you describe Quali sounds?
It's sort of this grim, bleak collage of dreams falling into each other back and forth until it all lines up for this one moment of bliss. I don't know, maybe we're just this ‘90s underground worship band. I'm not much for describing our sound to others. The idea for our sound from the beginning of Quali being a full band was to have a very tight rhythm section that played in the pocket a lot of the time and then just have all sorts of riffs and washes of guitars that could flow around the rhythms. The mood is kind of the most important part of our sound to me. Having a sort of fleeting happiness feeling and vice versa. I love structuring songs in a Three Act Structure like Kubrick. I try not to think about a song’s length and structure too much.


Q: Tell us about the process of recording the songs ?
For “Awaken the Quietus,” we went back to Clear Lake, but this time was a little different than when we worked on “The Familiar and The Other.” At the time, Dima wasn't in Quali but was still all in on helping us record. Glen did the drums, and Josue did the bass for this album. We went into recording ATQ a lot more comfortable, our tones were more dialed in, and our songs were more cohesive than TFATO. I think besides having a better grasp overall with what we were doing in the studio, the biggest change in the album was how I recorded the vocals. Instead of belting out the words and melodies, I sang very soft into the mic. I wanted the vocals to have this cold, claustrophobic feeling to them—like you were out in space alone, left with your thoughts reverberating in your helmet. We also have started to mess with synthesizers. There's a couple little synth things we did on the last two songs of ATQ that I really like. We are working towards incorporating more synth in the future. With this album, Dima did an insane job engineering and mixing it. Everything just lined up sonically to me, and that was before we got it mastered. Any doubt I had in this album completely vanished once the masters came in.

Q: Which band would you love to make a cover version of?
This is a tough one, but I think I want to do a cover of “Love My Way” by The Psychedelic furs. Also, “Don't Talk” by The Beach Boys. Both really amazing songs that I think would be fun to do a more present noisy take on. The first ever demo recording of Quali, was a cover of "I can't take my eyes off of you" by Frankie Valli. I recorded it in my parents garage with the help of Josue and Tyler. I played all the instruments and then we programmed drums for it. I remember the three of us hanging a bunch of my blankets in my closet to try to make a better recording environment for vocals. I need to find that recording. It could be worth looking at again.

Q: What are your plans for the future?
We hope to go on tour in the middle of 2018, probably up the west coast. We are all aching to play all over the place, so hopefully we can kick into gear with that. Also, we are currently working on our third album. This one is really special to me. I originally was working on different material to be our third album while we were working on ATQ, but during that time I went through a pretty intense breakup. Once that happened, the floodgates opened for all new feelings and ideas that I couldn't stop writing about. I was thinking of maybe making it a solo singer-songwriter type album, but everyone in the band liked playing it, and it only makes sense for it to be a Quali record. We hope to release it by the end of 2018, then start recording the fourth album.

Q: Any parting words?
YOU have feelings and ideas that you need to let out in some capacity so DO IT.
*
*
*
Thanks