Maps with Billow - An Interview 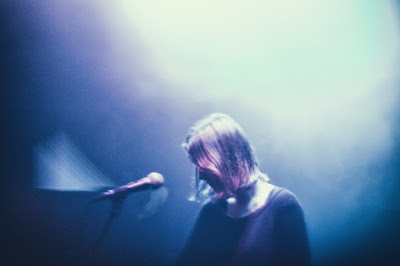 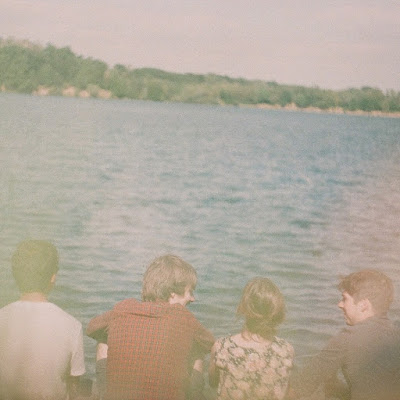 Q. When did Billow start? Tell us about the history...
Jakub: We were sixteen when we first started making music together in our hometown. That was 8 years ago. We wrote about 40 songs but barely played live and eventually broke up because we just kept on rehearsing the same material over and over again and sort of went crazy. Then Lenka and I started a lo-fi folk band Strangers in the City, we moved to Prague, released two albums, played a lot of gigs. At the same time I started jamming with Vojta (guitar, synths) and Ondra (drums) again. We played for 2 years but it seemed that it was going nowhere, we had no good songs, no vision, Lenka didn’t believe in it either. But then, I believe it was early 2016, it somehow „clicked“, finally we finished our first song ever (Galaxie) and really started to believe that after all these years, we might be able to finish a record…

Q: Who are your influences?
Jakub: I like all kinds of music, but if I should name one „influential“ genre, it would be folk. I like late 60s/early 70s, Neil Young, Tim Buckley, Joni Mitchell, Beatles, Jackson C. Frank, Dave Bixby. But my favorite era is 90s/00s, Elliott Smith, Guided by Voices, Damien Jurado, Songs: Ohia, José Gonzalez, Iron and Wine… Strong melodies and nice raw production.

Vojta: It’s a combination of folk, synthpop, ambient sounds and DIY ethic that works for me. I like sinking into sounds as well as I enjoy raw folk songs. Philip Glass, Warren Ellis, The War on Drugs, Elliott Smith, Bon Iver, John Frusciante, Sóley, The National, New Dog – these might be the most influential for me at this point.

Lenka: It's hard to say because I never think of music I listen to as my potential influences. You won't hear me saying - hey this is the music I wanna make - while listening to something. I'd rather say I'm influenced by certain moments, nature, people, books etc. Recently I've been analyzing melodies and lyrics more than listening to the song as a whole. It's like with books – you get to the point where you can't be only the receiver but you want to understand it deeply.

Lenka: It changes every year, month… and I always suffer when it comes to rating music (or anything else). Now it would be 40 Watt Sun – Wider Than the Sky, New Dog – Classic Ballroom Dances, Carissa’s Wierd – Songs About Leaving… I’m sorry, can’t decide about the rest.

Q. How do you feel playing live?
Actually pretty good. We struggled with our live sound for a few years, even just a year ago it sounded quite terrible. It took us a long time to realize that we were pointlessly loud, Lenka’s voice buried under our guitars… it just didn’t make any sense. We are still louder than on our record, but now we’re definitely more satisfied.


Q: Tell us about the process of recording the songs ?
It was complicated because we recorded it all by ourselves and we didn’t have much knowledge nor the best equimpent. Vojta was our „producer“ and he was also mixing the record. It was our intention to record it this DIY way, though. Our studio is just a computer and one microphone so we were able to record it anywhere where it was a bit quiet. We used flats in Warsaw, Prague… and we finished the whole thing at Vojta’s mountain cottage.

Q: Which band would you love to made a cover version of?
When we get stuck in our rehearsal room we usually end up playing weird metal versions of some ridiculous songs, like Sweet Home Alabama. Otherwise we’re not much into covers, so it would be something bizarre, like Rammstein. But when we played with Strangers in the City, we used to cover Modest Mouse, Guided by Voices, Bonnie „Prince“ Billy etc.

Q: What are your plans for the future?
We would like to play as many gigs as possible, but we also love writing songs and recording. In November we had only one gig, so most of the weekends we spent recording and already have 7-8 new songs we actually like. if we don’t have many gigs next year, we will probably have enough time to finish another album. And we're also starting a small cassette label Bughead Records.

Q: Any parting words?
Thanks for the interview!
*
*
*
Thanks