Reverberation with The Kundalini Genie - An Interview 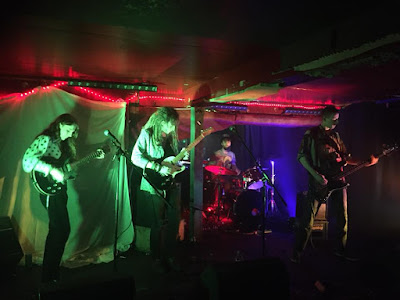 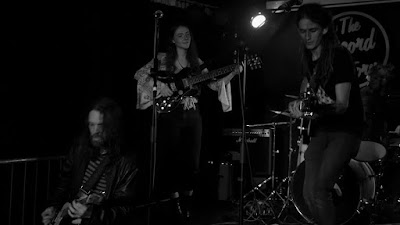 Q. When did The Kundalini Genie begin? Tell us about the history...
A: The Kundalini Genie was formed as a concept almost exactly one year ago. It started as an outlet that Julia and I created for our music and artwork, and quickly evolved. We had our first gig in march so there's an argument to be made that we also technically formed then as that's when we first cut our teeth.

Q: Who are your influences?
A: I'm influenced heavily by a lot of bands, if I was to make a comprehensive list I'd forget so many bands and regret it. I'm mainly influenced by 60's psychedelia, indian classical music and modern psych, however I love funk, jazz, the blues, hip-hop, ambient and experimental music too.

Q. How do you feel playing live?
A: It's hard to describe. I feel shitty, worried, excited, ecstatic, sad, overjoyed, I feel like I'm the most powerful person in the room and I feel like I'm just kidding myself on. Sometimes my mind wanders and I think about silly stuff. It all changes quickly, depending on how good the crowd are, how good I feel and am playing, how good the band are playing, etc. Mostly I just feel like it was over pretty quick. Feels like I spend so long building up to a gig that's over in the blink of an eye before I've really processed any of those emotions I mentioned.


Q. How do you describe The Kundalini Genie sounds?
Well the current album has been described as heavily 60's sounding and I agree, we were definitely going for that with this album but that definitely doesn't describe our sound. By the end of our career we will have albums of experimental backwards sitar weirdness, heavy grunge psych, acoustic blues and funk and jazz, etc. I hope to eventually not be considered a band that is tied to one genre, or sound.

Q: Tell us about the process of recording the songs ?
Not enough time, arguments, strokes of genius, evolution, improvisation, irritation and the worlds best feeling of accomplishment at the end.

Q: Which band would you love to made a cover version of?
We have covered a few great bands already, Reverberation by the elevators, pictures of matchstick men, cortez the killer by young, I really want to do Mr. Soul next.

Q: What are your plans for the future?
In the same position but marginally more successful and with more albums.