Before. Honey with Vivian Fantasy - An Interview 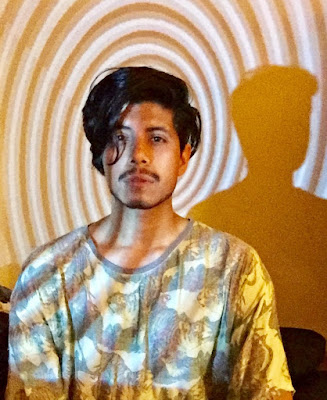 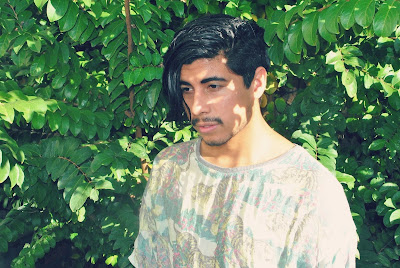 Q. When did Vivian Fantasy begin? Tell us about the history...
Q1. Vivian Fantasy is actually a relatively new project.(started 2017) it’s not even a year old yet at the time of this interview. So, there isn’t to much history to talk about. But, basically Vivian Fantasy is the result of me trying to start a more focused project. The first incarnation of Vivian Fantasy was a Project called “chemists”. Before I would kind of make albums like I would mix cds. So I would try and switch up the genre, the instruments, singing style the lo fi/ glossy recordings, the mix as much as possible. In college I wanted my albums to sound like mix tapes that sounded like a bunch of different artists but is really just one person. When I started Vivian Fantasy I wanted to break away from that. Not that I don’t wanna add variety in my music anymore because I love doing that. But, after a few years of experimenting I wanted to have a more distinct sound. Something a bit more focused/cohesive.

Q: Who are your influences?
Q2. To list a few I’d have to say Boards of Canada, Azeda Booth, Suzanne Ciani, Miles Davis, Grouper, Stereolab and Bibio are the big ones. I tend get inspired by films a lot as well

Q. Make a list of 5 albuns of all time…
Q3. My 5 Favorite albums of all time (In no particular order)
1. Azeda Booth- In Flesh Tones
2,Candy Claws-Hidden Lands
3. Flying Lotus- Los Angeles
4.Bibio- Vignetting the Compost
5.Nas-Illmatic
The list can go on and on but these are the ones I can always come back to and enjoy just as much as I used to.

Q. How do you feel playing live?
Q4. Playing live can feel very exciting and exhilarating or very grueling and anxious it really depends on the area/setting you’re playing in. I tend to get anxious before performing a new track just because there’s a lot of studio stuff going on in my music that’s hard to translate well to a live setting especially as a solo artist.

Q. How do you describe Vivian Fantasy sounds?
Q5. To this day it still makes me a little uncomfortable when someone asks what type of music I make because it’s a bit all over the place. Maybe psych pop with elements of dream pop, folk, shoegaze, electronic and ambient music. Or just simply experimental music.


Q: Tell us about the process of recording the songs ?
Q6. I really have no set process for recording. I use a mix of reel to reel tape recorders and computer to record so it varies depending on what I start recording with first. Sometimes I’ll start writing as I record loops could be guitar, synth, drums, bass, textures....etc Then build from there. Once the track is near complete I listen for brief moments to fill in the blanks with sounds. Usually adding subtle things that only happen once. Other times I’ll have a track already fleshed out before I record. But, that doesn’t happen very often.
Also, since I make a lot of ambient tracks at home just for fun. Most of the time I have no intention of releasing them musically (most are never used). Every so often I’ll go through them. Sometimes I’ll find one that I feel sets of atmosphere for something else like a beat or vocals that I didn’t consider/hear previously. Once that happens I don’t really need to add too much more because the groundwork as already been set for that track. I always tend to finish recording those tracks the fastest.

Q: Which band would you love to made a cover version of?
Q8. I’ve never really been too big on doing covers. But, I think a Grouper cover would be really fun.

Q: What are your plans for the future?
Q9. To keep releasing music. I wanna release a full length by summer 2018. Hope fully a visual album sometime soon as well. Maybe get more people to play with live.