Hot Rock with Korto - An Interview 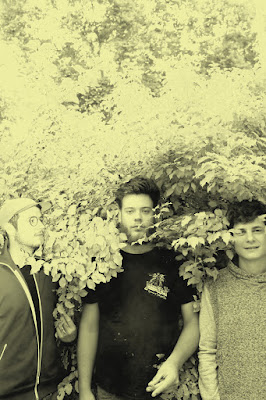 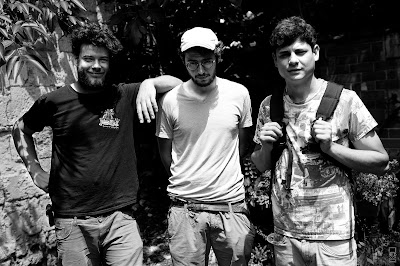 Q. When did Korto begin? Tell us about the history...
On september 2015 we decided to live all together in the same house in Bonne, Haute-Savoie, France. The band started almost at the same time. We’ve been thinking about it for a long time, while we were studying together years before. At the beginning of 2016 we composed and recorded two songs which were the first demos of A40 and Denzzzl. In January 2016, Alex from le Pop Club Records invited us to play in « Geneva Psych Fest » without even listen any material from us because we didn’t have any thing recorded at this moment. After that Korto was launched.

Q: Who are your influences?
Maserati (and also bands related to them, like Turing Machine and !!!) is one of our first common influence. Before starting Korto, we were probably thinking (unconsciously) about doing music close to these bands…Of course, there are like a million bands that inspire us, Kraftwerk, Goat, Fela Kuti, Earthless, The Stone Roses, Beak>… Really hard to quote a tenth of them.

Q. Make a list of 5 albums of all time…
Maserati – Inventions for the New Season
Refused – A Shape of Punk to Come
Kraftwerk – Trans Europe Express
Earthless – From the Ages
The Beatles - Revolver

Q. How do you feel playing live?
Playing live is a nice feeling for us, we definitely love playing our songs on stage because it’s a different approach than the studio. In concert we like to play loud so the songs can be rawer and noisier than the record, which sounds much cleaner. It also permits people to have different perception of the tracks.


Q. How do you describe Korto sounds?
Korto sounds like a huge mix of all the influences we have. For instance 90’s shoegaze melodies with some afro drums to it… or a pure krautrock song with math rock accents. The album is also composed to surprise the listener.

We try different things always keeping in mind that we want to catch people’s attention.

Q: Tell us about the process of recording the songs ?
Korto’ was recorded in ‘le K7,’ a brand new recording studio in Chambéry, Savoie with plenty of rad analogic gear. The studio is directed by Franck Molin who recorded, mixed and co-produced the album, he also works with us live. We recorded it live in the same room in 4 days while the place was still in construction.

Q. Which new bands do you recommend?
Slift, a cool band from Toulouse, we’ve been playing many times together and it is still a pleasure to see them live. They really kick ass. We will be playing together again during 2018. Noyades, a mindblowing Acid Psych outfit from Lyon, which we also toured with. You should also give a try to Gros Oiseau, a unreal-weirdo-kraut-hiphop band from Geneva, Switzerland. Their latest record sounds like nothing else.

Q: Which band would you love to made a cover version of?
Kraftwerk

Q: What are your plans for the future?
We will be on tour from April to play our debut album and probably new songs to have some variations in our setlist.