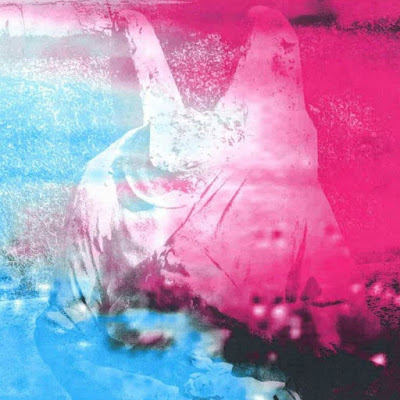 Q. When did Fuzzy Feeling begin? Tell us about the history...
1. Roger : Fuzzy Feeling began at the beggining of 2017. Before this project I played primarily synthesizer driven music. So I started writing songs on guitar that filled me with the same satisfaction and sense of adventure that synthesizers did. After I wrote the first EP, I contacted my friends Allen and Joseph Cooper to help me record it. I thought they were such a big part of shaping the sound on the EP that I asked them to permanently be apart of the project. Allen has been my musical partner for years now and is the only other official Fuzzy Feeling member.

Q: Who are your influences?
2. Roger : My influences for this project are the noise rock bands from the 80s, like Dinosaur Jr. Lately, I have been really inspired by the Asian Shoegaze scene.

Q. Make a list of 5 albuns of all time…
3. Roger : This is a really difficult question because it changes every year. Right now it would be: The Smiths “Queen Is Dead”,
Nirvana “In Utero”,
My Bloody Valentine “Loveless”,
Joy Division “Unknown Pleasures”,
and Dinosaur Jr “Bug”.

Q. How do you feel playing live?
4. Roger : Fuzzy Feeling hasn’t played live yet. It was originally started with the intention of soley being a recording and visual art project. Allen and I were in a touring darkwave band before this. Honestly, we got burnt out on playing shows to people that didn’t give a shit. So this time around we thought we would just focus on recording music we loved instead of everything else. However, we would be open to playing the right show if it ever came along.

Q. How do you describe Fuzzy Feeling sounds?
5. Roger : Fuzzy.


Q: Tell us about the process of recording the songs ?
6. Roger : The process for recording the first EP was a lot different. With the first EP I wrote all of the songs before ever hitting the studio. I contacted my friend Joseph to record the guitar parts for me. He was really awesome when it came to capturing gnarly guitar tones. I borrowed his sm57 and tracked the vocals by myself. After that, I went over to Allens studio where he added bass and omnichord. Joseph did all of the production and mixing. We got our friend Alec West to master everything. Now, Allen and I collaborate on everything. Usually, I will write a bunch of riffs and go into the studio to track what we think is the best one. Allen will work on the tracks by himself after I have recorded some rhythm guitar tracks to start with. He adds tons of cool instruments and really makes the songs come to life. I will get to hear the progress along the way before I go in and record the final vocals. Allen also mixes and masters everything in addition to helping me write.

Q. Which new bands do you recommend?
7. Roger : I would reccomend Pinkshinyultrablast, Thud, and Rubur.

Q: Which band would you love to made a cover version of?
8. Roger : Well we have a shoegazing cover of The Stooges “I Wanna Be Your Dog” on our bandcamp. That was really fun. Aside from that, I would like to maybe do a noisy cover of a Meat Puppets or Neil Young song.

Q: What are your plans for the future?
9. Roger : My plans are to keep making fuzzy noisy rock n’ roll! We have another EP that will be out in the next month or two! Please be on the lookout for that. We will be releasing some cassette tapes for the new EP as well.