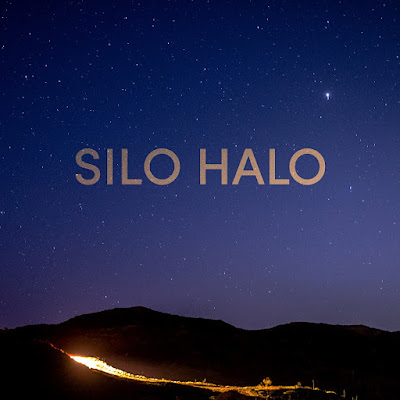 
For Needed Air:
Cris: The lyrics stem from somewhat of a stream-of-consciousness developed in the Fall of 2015 when ruminating on some societal pressures here in the United States such as: gentrification and displacement within cities; police brutality in light of the Black Lives Matter movement; and the need to keep a forward (politically) progressive momentum despite seemingly daunting odds. Musically, the structure and composition sprang from an improvised piece of music recorded during a Silo Halo session at Empress of Sound (DC) in the spring of 2014. Throughout 2015 and 2016, the entire song was re-recorded at both Empress of Sound and Twin Dragon Audio (my studio in Los Angeles). “For Needed Air” represents a new way of song creation (and iteration) bi-coastally for Silo Halo. Interestingly, I listened to an early mix of “Poolside Pictures” on repeat when writing out and phrasing the lyrics formally. “Poolside Pictures” represents another song that musically speaking sprang from an improvisational piece of music with Greg.

Poolside Pictures:
Greg: In part it's looking at the cycle of aggressive development: swoop into a neighborhood, displace some residents, flip their former homes, and wash hands of the consequences, leaving the people who bear the most burden to pick up after them. It's a way of whistling past the graveyard. Another angle of it has more to do with the shadiness of cultural exploitation, partly inspired by an old song by Filth called “Lust for Glory,” which talks about underground bands “posing for the postcards,” greasing the wheels of these predatory business ventures. It’s saying that if you’re a punk, be proud of that, and don’t forget that people in positions of power still don't like you, and will only offer your work for consumption as long as it's bolstering their silly enterprises. There are all these ostensibly underground artists who are happy to take part in the more vulgar mechanisms of hyper-capitalism, and others who just operate on a smaller scale that imitates the vile elements of mainstream societies. I was also just thinking a little about how impressionism ended up as postcard and calendar art, and how unfortunate that is.

Casa Alta:
Chris: The lyrics tell the story of a young immigrant couple in the early 1900’s that leave their struggles living in the United States for Mexico seeking a better life and more ‘control’ regarding their ability to earn a living. Their interpersonal stress, hopes, and dreams are explored through their relationship and family during this massive transition and commitment to change. The matriarch in the story strives to provide her children a better life in the face of much uncertainty. Musically, the basic chords and sections were composed in Los Angeles in 2015. The song became fully formed and structured in the spring of 2016 at Empress of Sound with all of the instrumentation being recorded during this session. I finalized and recorded lyrics in late 2016 at Twin Dragon Audio (LA).

Whistle Past The Graveyard:Greg: I had a dream that I was standing by the St Louis arch, and my friend told me I was at the wrong hospital. She said that personal pride would get in the way of repairing damaged relationships.

Won’t Decay:
Chris: One of a four songs on Side B that were recorded at Omega Studios (Bad Brains, Prince) in 2014. This song was developed during some Silo Halo sessions at Empress of Sound in the Spring of 2014. Thematically – this song is about digging deep and prevailing over broad life stress (being laid off, rising rent, etc) and getting wiser through the process.

Yellow Walls:
Greg: It happened in West Texas, somewhere around El Paso, when my other band Teething Veils was between our Marfa and Tucson shows. There are boundaries taking shape; taking the right medicine, putting one foot in front of the other.

Resolute:
Chris: I wanted to revisit some music that I brought to Silo Halo in 2009 that was later pitched up to best suit Christin’s great lyrics/vocals to become “Wonderful Gift” off our 2012 release “Night and the City”. With “Resolute”, the music returns to its original key and we recorded this at Omega Studios in 2014. The new lyrics were written in second half of 2017 and address themes of self-determination and forging ahead past situations that are overly controlling and stressful. Inspired by a composite of work and family experiences – this song serves as an active reminder to “course correct” towards a healthier head-space and situation. Life is too short to remain in unhealthy scenarios. The French band Dead Horse One was on heavy rotation when finalizing the lyrics and I credit their music to inspiring the vocal harmonies that appear.

If You Don’t Leave Me Alone:
Greg: It's about being an object of unwanted obsession, and looking for relief.

Weekend:
Greg: It’s a romantic song of a confused state. I sat in my grandmother's old rocking chair with a glass of water, and wrote it all down to mark the time and place, as to not have to revisit it.

Out of Your Fugue Again:
Chris: This song is the other re-visitation of a classic Silo Halo song that frequently appeared in live performances. The live presentation of the song evolved over time to include different instrumentation elements. This recording captures some of these shifts during a session at Omega Studios in 2014 and additional sessions at Twin Dragon Audio (LA) in 2015. The evolving instrumentation gave way to an opportunity to infuse new lyrics and collaborate with longtime friend Pamela Long on new lyrical passages and melodies. Inspired by David Bowie’s “John, I’m Only Dancing (Again)” released on 2016’s The Gouster, this song bears a similar reworking of title that acknowledges the new musical interpretation and lyrics as “Out of Your Fugue Again
*
*
*
Thanks