Spectres with Lost Children - An Interview 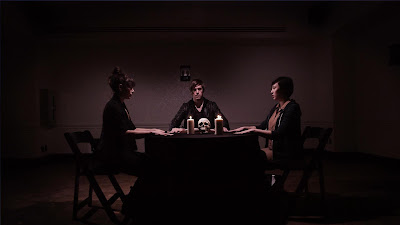 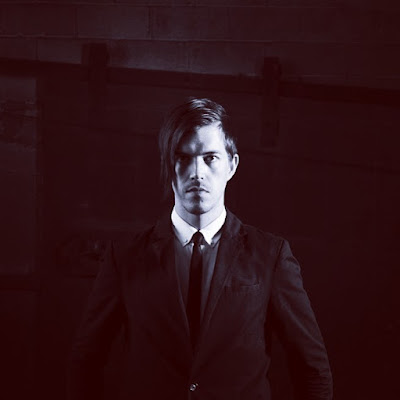 Q. When did Lost Children begin? Tell us about the history...
Lost Children is my solo project. I started it in early 2007, after I had moved to a new place in Brooklyn, while playing synths in other bands. The material I was writing at the time bridged my older electronic music and the bands I was playing in. I recorded the “Fantoccini” EP in 2007, and followed up with “Our Fallen Cities” in 2010. After the LP was released, my friends Christo Buffam (guitar/bass) and Shlomi Lavie (drums/electronics) joined, and we started to play the material live, while also brainstorming and rehearsing ideas for a follow up. However in 2014 Christo passed away very suddenly. I briefly tried a different lineup, but lost my motivation to continue the live group at that time. Recording continued though, and I finally finished “Spectres,” which was released on October 31st (2017), and which I dedicate to Christo.

Q: Who are your influences?
While writing the first album I was really into the dystopian synth-heavy music of the very late 70s, early 80s. Fad Gadget, John Foxx, Gary Numan / Tubeway Army. I love that era because these UK outsider kids were all discovering synthesizers, which were only recently affordable, and then flipping out creatively, while simultaneously pulling in themes from dark sci-fi novels. I feel like I had a similar reaction in the 90s when I got my first synth and sampler, even more than ten years after those bands; it was a feeling of wonder and freedom. If i’m ever bored with writing or production I try to go back and remember that time and that feeling. That and of course always endless inspiration from Bowie, and Peter Murphy.

Q. Make a list of 5 albums of all time…
This is a really tough question, but here are some favorites.

Q. How do you feel playing live?
It’s exciting to see the audience reaction to the music, but even so, i’m much more comfortable in the studio than on stage.

Q. How do you describe Lost Children sounds?
Would it be dodging the question to say it’s music made to suit my own tastes? Lost Children is music plucked somewhere from the continuum between atmospheric darkwave and synthpop.


Q: Tell us about the process of recording the songs?
The music always comes first for me, and that informs the entire writing and recording process, way before any lyrics are written or album concept is defined. Most of the work is solitary, with late nights of recording on my own, since the synth recording and programming is all possible at my home studio. I’ll always have friends fill in though, for instruments I don’t cover myself or if I have someone in mind for a particular part. For the new album “Spectres,” I asked some of my friends and bandmates from other groups (Kurt Feldman / Ice Choir and Asher Lack / Ravens & Chimes) to cover guitar and my friends Maria Usbeck and Shione Yukawa to contribute some additional vocals.

Q. Which new music do you recommend?
The new Drab Majesty album “the Demonstration” was gorgeous, as was “the Assassination of Julius Caesar” by Ulver. Also Red Mecca, She Past Away, and Marnie.

Q: Which band would you love to make a cover version of?
Planning to cover something by Clan of Xymox soon!

Q: What are your plans for the future?
Early next year there will be several music videos released, which were both collaborations with my friends at Emulsion Pictures, and a new EP later in 2018.

Q: Any parting words?
Thanks for having me! I hope you enjoy the new album.
*
*
*
Thanks