Poisoning the Mead with Lotus Whispers - An Interview 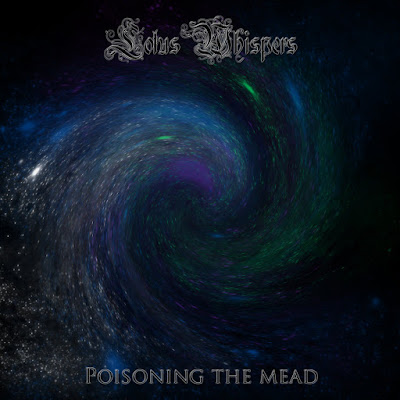 
Q. When did Lotus Whispers begin? Tell us about the history...
Lotus Whispers began when I was writing a second dreampop album for my main project Brightly Painted Corpses. Eventually I felt it was just too far from any of the sounds I've done before and decided to make a whole new project.

Q: Who are your influences?
It's much less of who my influences are but more so what they are. Depression and just isolation are what fuel my ideas, and from there I just keep writing until I feel I've released all the emotions built up.

Q. How do you feel playing live?
Not really a big fan. I don't feel it would properly capture the sound of Lotus Whispers. I'm big on reverb and I want it to remain dreamlike and hypnotic, which is something I don't feel a live show would capture. It would be a whole new sound.

Q. How do you describe Lotus Whispers sounds?
Bleak like the coldest of winters yet still ethereal. Sometimes soothing like the sound of the falling of rain.

Q: Tell us about the process of recording the songs?
My ideas are usually laid out my piano first, then convert the melodies to guitars and add a bunch of effect pedals. Reverb all over the place and then you have a Lotus Whispers song.

Q. Which new bands do you recommend?
Ether is pretty new. They're from my area, which is really cool. Asunojokei is also another band I've been listening to quite often.

Q: Which band would you love to made a cover version of?
I've always wanted to cover a Sunn O))) song. I just never really decided which or when I'd have the time to do it.

Q: What are your plans for the future?
As of right now I would like to write another album but I'm getting tied up with Brightly Painted Corpses. I'm sure there will be more to come for Lotus Whispers. Quite possibly even a different sound yet still remaining true to its roots.