In Silence with Agura Matra - An Interview 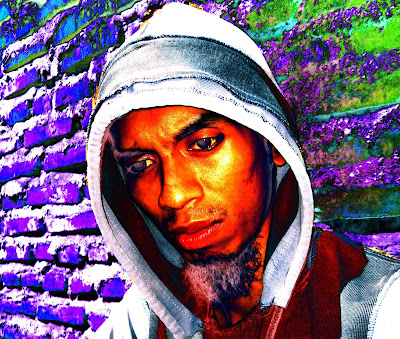 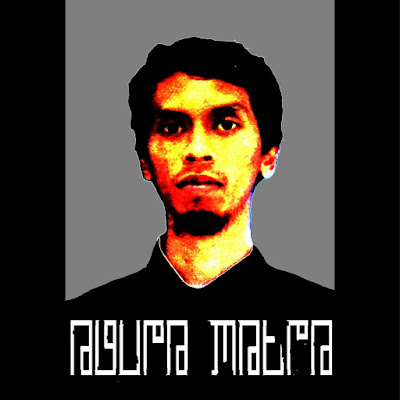 Q. When did Agura Matra start? Tell us about the history..
A. I used to play in a local metal band in mid 2000s. When it got dissolved in 2011, I turned to electronic and formed Rammsier with my wife Marilyn on vocals. We released a demo and an EP in 2015 to a warm response, but we got too busy to continue so I formed Agura Matra as a solo project to keep me on track, and started recording the materials that was originally written for Rammsier with more lofi, 80s goth feelings and released it as Agura Matra. Things continued to be great so it's my main project now.

Q: Who are your influences?
A:The Beatles, Black Sabbath, The Cure. Then some underground band like Burzum introduced me to darker ambient atmospheric styles. Ambient black metal Paysage d'Hiver took me deeper on this style, and even deeper to darkest side of artistic sounds with Stalaggh. Also symphonic and gothic metal bands like the early albums of Nightwish, Theatre of Tragedy and Tristania.

I like to listens to electronic and industrial artists like Kraftwerk, The Prodigy, Rammstein, also the later electronic dominated albums of The Gathering. Many different styles influenced me. I even like some tracks from Grand Tourimo by The Cardigans.

Q. Make a list of 5 albuns of all time…
A. Hard to choose, so I can only offer five albums I can quickly think of that have influences on me in no particular order.

Q. How do you feel playing live?
A. It always brings the same thrills to me as the first time I did it. Being able to really 'do' your song live and share it to everyone on the venue. To be able to release the energy whether negative or positive and throw it to be neutralized by the energies of the crowd.


Q. How do you describe Agura Matra sounds?
A. Whatever sounds I can think of and produce, like repetitive melodies, analog screams, wails and mumbles or some gothic rock sounds, then drown them deep into atmosphere and lo-fi artifacts. And then there's my subtle, soft spoken, sometimes tired, out of breath vocals.

Q: Tell us about the process of recording the songs?
A. At the beginning I always think of it as four track songs. From there I could start to hum main melody first, or vocal melody, or main bass lines. then decide wether the song have a reff or not, or will the drums be present. Then the atmosphere will follow.

In the case of ambient songs like on album 'Riverland', I just put anything that sounds good to me.

Q. Which new bands do you recommend?
A. Oh, you should check Russian darkwave outfit Lilith My Mother that have great sounds with more hardness ebm feeling to the music and vocals.  Polish electropop Convulsia Darklove is also great, like a mix between Eurythmics and The Banshees.  Also there's this talented guy Joel Dreaver with a lot of interesting sounds and potentials. You should check out his bandcamp page.

Q: Which band would you love to made a cover version of?
A. Oh, a lot of it. The Cure, Rammstein, Black Sabbath.. Possibly any bands that I like.

Q: What are your plans for the future?
A. My sounds will continue to evolved. I lately included some analog sounds on later albums. I will continue to do so, and maybe even go further to do all analog tracks full of analog screeches and screams. Sort of gothic, cold, minimal wave or whatever they call it now.

Q: Any parting words?
A. Thank you for listening to my music. Stay heavy.
*
*
*
Thanks