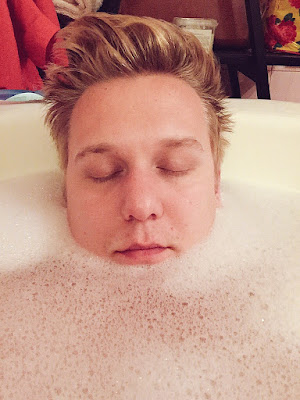 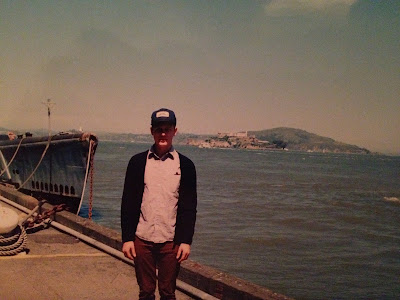 Q. When did Beautyness begin? Tell us about the history...
Beautyness started about a year ago. I had a bunch of guitar parts floating around that I had not used for any projects so I decided to put them to use. My friend David Martini started coming around once the songs were a little more finished and he would play drums. This most often would occur in the middle of the day in my basement. It was winter then.

Q: Who are your influences?
Johnny Marr of The Smiths was big for me. The Smiths in general. Another huge influence for me was a band called Sigliosi from Wisconsin. Also, a slew of indie bands from the 90’s to the 00’s. A lot of guitar forward music.

Q. Make a list of 5 albums of all time…
If I were to give a rough estimate it would be:

Modest Mouse – “Lonesome Crowded West”
Grandaddy – “Sumday”
John Maus – "We Must Become The Pitiless Censors Of Ourselves"
The Radio Dept. – “Clinging To A Scheme”
The Smiths – “Self-Titled”

Q. How do you feel playing live?
I love playing live! It’s one of my favorite part’s about being in a band.

Q. How do you describe Beautyness sounds?
Kinda melancholy. My preferred guitar tone is pretty bright and clean. I like having some shimmery guitar over a moody base of a song. Somebody said it sounds like sad surf rock… I’ll take that.


Q: Tell us about the process of recording the songs ?
My friend Eric Skogen recorded 3 of the 4 tracks on the EP. Usually would just head over to his place when our schedules synced up. We would drink some La Croix, we would drink some martini’s. David would play the drums and I would do guitar live. Once we had the base of the song done I would record 2nd guitars, bass and vocals. We also did one track (Lull) with Ali Jaafar at Ecstattic Studios in Minneapolis.

Q. Which new bands do you recommend?
I’m not great at keeping tabs on new music but there is some really rad stuff from Minneapolis coming out, here’s some bands I like:

Q: Which band would you love to make a cover version of?
Fugazi. But I would try and play as closely to sounding like Fugazi as possible, don’t need any of that jangle guitar crap ruining it. And our drummer would need a giant bell.

Q: What are your plans for the future?
Gonna play some shows starting in the Spring. Hopefully get the EP out on Cassette. Already working on new music for a full album release. With the addition of some pals, Beautyness will be a full band. Down the line the music will be more of a collaborative effort.