Waves with The Good Morrows - An Interview 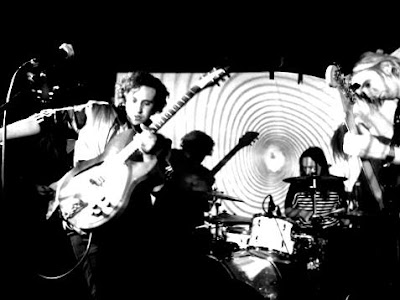 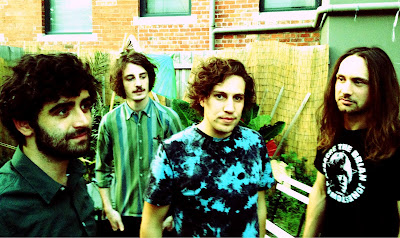 Q. When did The Good Morrows start? Tell us about the history...
It all started as a bedroom project I’d created in 2012. I’d spent a bit of time at home writing and recording some songs and played them to some of my like-minded friends. They liked the sound and before I knew it we were playing these songs at a house party. The reception was overwhelmingly positive and it inspired me to keep writing.

Q: Who are your influences?
I tend to draw most of my influence from 60’s garage groups but am always drawn to a catchy pop song. Our sound often get compared to Brian Jonestown Massacre, The Dandy Warhols and The Beatles which kind of makes sense I think.

Q. Make a list of 5 albums of all time…
The Beatles – Sgt Pepper’s Lonely Hearts Club Band
Yes – Close to the Edge
Sleepy Jackson – Lovers
Rodriguez – Cold Fact
The Strokes – Is this it

Q. How do you feel playing live?
I usually feel a bit nervous before a show questioning if I should even be playing music or singing but as soon as I see someone dancing or singing along my self-doubt tends to fade away and I start enjoying myself.

Q. How do you describe The Good Morrows sounds?
Personally I think we have a wide range of sounds; some of our tunes have surf feel, there are others with a more psychedelic sound, some with a country or folk vibe and other with a more straight forward rock or pop edge. Our live show is usually quite energetic and fast pace but when I’m writing or recording I guess I usually start fairly simple and build up a large wall of sound to try and engage the listener.


Q: Tell us about the process of recording the songs?
It depends on the song really. Sometimes it’s just me with a few instruments recording the songs at home and other times when I think a song should have a more live sound we’ll hire out a studio and engineer and play them live.

I’ve also had the pleasure of working closely with producer Michael Badger (who’s recently mixed the New King Gizzard album) and he always manages to take our songs to the next level and willing to pass on his wisdom.

Q. Which new bands do you recommend?
A must check out is Wesley Fuller. He’s an Aussie guy making a bunch of pop masterpieces sounding somewhere between Temples, Tame Impala and The Shins. Truly amazing stuff!

Q: Which band would you love to make a cover version of?
I always wanted to do a cover of Russell Morris’ The Real Thing. I recorded a demo a little while back but put it on the backburner. I might revisit it later down the line.

Q: What are your plans for the future?
At the moment we’re focusing on writing. We want the next installment to be something special and we don’t want to rush it. We’ll hopefully have something new out in early 2017.
*
*
*
Thanks