Shadows with Maston - An Interview 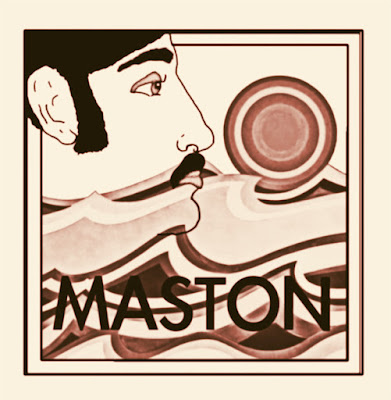 
Q. When did Maston start? Tell us about the history…
In 2011/2012 I made two cassette EP’s (Opal & Voyages) and self released them under my last name (Maston). These were my first experiments as a multi-instrumentalist/producer and essentially the birth of this project.

Q: Who are your influences?
My initial inspiration for Maston…on the first EP’s and on into “Shadows”…was a very specific approach to arrangement and production that I felt like I had noticed in several other artists, and yet was missing from the modern music landscape. For instance there is an area where Brian Wilson’s Pet Sounds & SMiLE overlap a bit with things Joe Meek was doing with “I Hear a New World” and on some of Meek’s horror experiments. I also found some overlaps between sounds associated with Los Angeles & sounds from Italian western/crime/mystery film soundtracks. These somewhat unrelated groups of music kind of coalesced together in my head and guided the aesthetic of my early work. As I moved on into the first LP, the sound of Maston had sort of developed into it’s own thing and at that point I was just making Maston music- not so much thinking of influences or external things.

These days, and with the next record almost done, I find myself inspired by Italian/French film soundtracks of the 60’s & 70’s as well as Library and commercial music from those places/periods.

Q. Make a list of 5 albuns of all time…
I’m not really an “album” guy. I like to make playlists a lot…to sort of curate a mood. As far as complete albums that I like, here’s a few (in no particular order)

Q. How do you feel playing live?
Generally happy. It’s always strange to take a studio project onto a stage. To add musicians to a project where there is usually only one person working can be a challenge. Conversely it gives an energy to the music that cannot really exist on the records, especially if the musicians understand it. I toured the US and Europe with a good backing band for “Shadows”, but Maston hasn’t played live since 2014.

I’ve been playing keyboards with my friend Jacco Gardner and living in Holland for the past few years. My approach to bringing Maston to the stage in the future has of course been influenced by my experience with Jacco, so it will inevitably feel different in some ways for me the next time Maston tours again.

Q. How do you describe Maston sounds?
Beautiful/Terrifying

Q: Tell us about the process of recording the songs ?
As for Shadows I would write a song on piano and arrange it in my head and then start recording each instrument starting with the drums and usually ending with my vocal parts and the orchestral stuff.

My approach has evolved, perhaps through experience, where I sort of write things in my head without an instrument for a few days and then I’ll record all of those pieces at once.

Q. Which new bands do you recommend?
Sorry I don’t really follow modern music so much. But some friends of mine have bands that I dig…the Allah La’s for instance and Jacco Gardner are both quite good. There is a Swedish band called Death & Vanilla that I think are very interesting. Morgen Delt has a new album coming out which I haven’t heard yet but I’m sure it will be awesome.

Q: Which band would you love to made a cover version of?
Hmmm….nothing really comes to mind. In the past I’ve covered Tyrannosaurus Rex & Lyndsay Buckingham.

Q: What are your plans for the future?
I am currently in Holland, about to mix the record I’ve been making. I’m also working on other visual elements of this project. Once I have everything finished then I’ll start working on a release, and considering we’re almost done it should not be too far in the future. Perhaps more touring after that.

Q: Any parting words?
Goodnight and have a pleasant tomorrow.
*
*
*
Thanks