Demantur with Covent Garden - An Interview 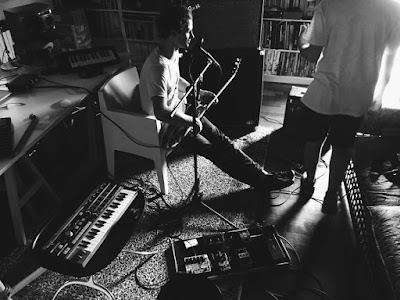 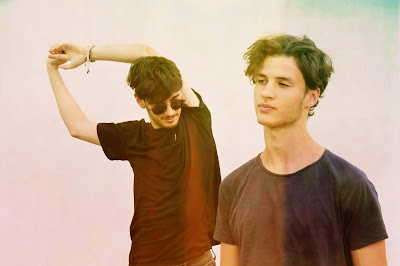 Q. When did Covent Garden start? Tell us about the history...
R: We started in September 2014. The project began following a high school band’s split up.

Ending up being in two, (Vittorio Venerus and Lorenzo Tre) we started experimenting new music inspired by the shoegaze vibe we were into at the time, when we realized we finally had something in hands, we decided to call the band "Covent Garden", and in a few months we recorded and released our first EP (Demantur), totally self produced and mixed.

Q: Who are your influences?
R: We have a very wide range of taste in music just as everybody else. During the time we were making Demantur we can say we were mainly influenced by artists such as Sigur Ros, Daughter, The xx, The acid, The War on Drugs, James Blake and a lot of electronic music too.

Q. Make a list of 5 albuns of all time…
R: Hard to make a 5 all time albums list. However these are the ones that popped into our mind now.
The Beatles - White Album
Radiohead - A Moon Shaped Pool
Bon Iver - Bon Iver
Bob Dylan - Blonde on Blonde
Sigur Ros - Kveikur

Q. How do you feel playing live?
R: It certainly depends on the situation. Depending on our mood, and how much we are into it.

The place and how the crowd responds to a show can really make the difference.


Q. How do you describe Covent Garden sounds?
R: Back in the days of Demantur the sound was mostly digital, also “basic”is a good word for it. Essential though very much effected, we were deep into that “it sounds better with reverb” We were limited into having just some sort of equipment, of course this doesn’t mean we were just picking up the first thing that came, the sound and everything that created the atmosphere in the album was very keen, in our limitations.

Q: Tell us about the process of recording the songs ?
R: Most of the time we just play altogether and then develop riffs and melodies afterwards.

It’s all about finding the right way to shape a sound into a feeling and get as closer as possible to it.

We record several times the material we have, we listen to it the next days, then we change it, we develop it again, record it over again, till we are satisfied with what we have.

Q. Which new bands do you recommend?
R: We recommend basically everything you can find in this collective we are inside of, which is ghost.city collective. It gathers a lot of young talented artists, mostly into electronic music.

We also had the pleasure to play with this fine bands we had a great time with, The Altered Hours from Ireland, The Brothers in Law from Italy, they both have a new record out, Check them out!

Q: Which band would you love to made a cover version of?
R: It’s hard to find just one song we’d love to make a cover of.

We enjoyed making Sufjan Steven’s “no shade in the shadow of the cross” when it came out, and Radiohead’s “No Surprises"

Except those we have fun making a lot of versions and covers spacing from rock n roll to shoegaze during rehearsals.

Q: What are your plans for the future?
R: We are currently recording an LP, we’re looking forward to play it live.