Choir Kids with We Have Ghosts - An Interview 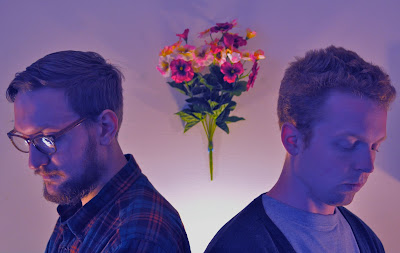 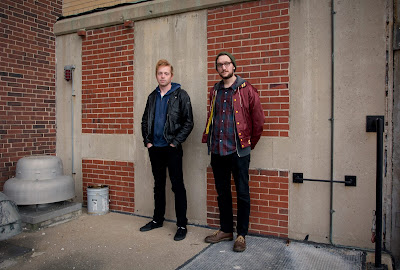 Q. When did We Have Ghosts start? Tell us about the history...
Bryan: Thomas and I have been playing music together for what now seems like forever. We formed our first band when I was a sophomore in high school almost 9 years ago and have been making music of various forms and styles together and occasionally apart ever since, but this band has been our prime focus now for about two years.

Q: Who are your influences?
Bryan: My guitar playing and songcraft is always influenced and driven by Yo La Tengo. They're my favorite band of all time and I find endless inspiration in their music and in Ira Kaplan's guitar playing. I've also always been influenced by The Strokes and the interplay they can build with their instruments. If I hadn't gotten into them years ago, I would not be the guitarist or musician I am today.

Thomas: My biggest influence is probably The National. I love the way every member plays their instruments and from drums, guitar and especially vocals I just kinda pick up a lot of what they do. I think Modest Mouse is also a big influence for me. I was like...11 or 12 when I got into them so I think everything I do musically is influenced in some way by them. Probably subconsciously.

Q. Make a list of 5 albums of all time…
Bryan: This is a huge question that I've had to think on a lot, but I think I can be content with what I've chosen, though I'm not going to say this is my hard and fast order for this list; they're all just my favorites and do different things for me.
1. Titus Andronicus - The Monitor
2. Yo La Tengo - And Then Nothing Turned Itself Inside-Out
3. Insouciant - Dresser (this is a band from northern New Jersey near where we grew up and they were perfect)
4. Hello Shark - Break Arms
5. Radiator Hospital - Something Wild

Thomas: If these are MY top 5 albums I think it'd be something like this....
1. Have a Nice Life- Deathconsciousness
2. Kanye West- MBDTF
3. Titus Andronicus- The Monitor
4. Madvillian- Madvilliany
5. Modest Mouse- Lonesome Crowd West


Q. How do you feel playing live?
Bryan: It's an incomparable feeling. It's everything I want life to be like all the time. It's cliche, but I feel free. Writing music is a totally different thrill and struggle, but playing live is almost only pleasure. Thomas and I have been playing together so long that I think we intrinsically know how things are going to go and how to adjust to one another, so I feel safe and open.

Thomas: Playing live is one of my favorite things ever, and also one of the hardest things. I just get so anxious and nervous that we'll get up there and all our shit will just break or everyone will hate us or something. Neither of those things have happened, but it's always in the back of my mind. But being on tour this past summer was one of my favorite things I've ever done in my life.

Q. How do you describe We Have Ghosts sounds?
Bryan: I strive to make music that feels deep and that moves with some sense of flow. We Have Ghosts is (hopefully) textured music that is filled with emotion and intensity.

Thomas: Same. I think we both like the idea of using the whole "wall of sound" thing. The best compliment we've got was someone said "It doesn't sound like it's just two of you" which is something we both wanted.

Bryan: I suppose the short and easy answer is we're a post-punk/shoegaze band with elements of post-rock and noise and other things, but that's just the genre we label things as because we have to.

Q: Tell us about the process of recording the songs ?
Bryan: We record the songs on our own. Both EP1 and EP2 were recorded in our living room using simplistic means. We usually have the songs mostly written and put together after practicing them or playing them live for a while, but sometimes we surprise ourselves with a last minute adjustment or a new riff or something like that.

Q. Which new bands do you recommend?
Bryan: I just got the first album from this great new post-rock/post-punk/very interesting band from NJ called Sun Body. Their stuff has that exact motion and texture and intensity I try to put to work in our music and they really easily blend a bunch of genres and sounds to make really amazing music. I'm also obsessed with our best band friends Charles Rogers from Grand Rapids, Michigan. They play post-hardcore/post-punk and I was lucky enough to play guitar with them on our recent tour and they are constantly outdoing themselves on recordings. Oh and I just recently got into Noveller, this really awesome solo drone-y, pedal based guitarist. Sarah Lipstate (the person behind the act) has one of the best Instagram's out there for awesome guitar sounds and their albums are really cool.

Thomas: Being on tour with Charles Rogers was amazing for a ton of reasons but one of the biggest reasons was just being able to listen to them every night. They are so fucking tight and the way those songs are written is everything I want outta indie-rock.

Q: Which band would you love to made a cover version of?
Bryan: Covering any Yo La Tengo song is a dream for me, but I would want it to be so close to perfect that I know we can't possibly reach my expectations. I would also cover almost any Bruce Springsteen song.

Thomas: We've joked around a lot over the years about forming a "Pinkerton only Weezer cover band". I think that would be a lot of fun.

Q: What are your plans for the future?
Bryan: We just moved from Champaign, Illinois to Philadelphia, so we're really hoping to start making some strides in the scene here while also working on new music when we can.

Q: Any parting words?
Bryan: I hope I didn't mention Yo La Tengo too much. I simply love them too much.

Thomas: Thanks for the interview!
*
*
*
Thanks