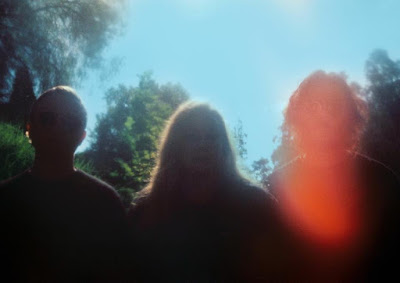 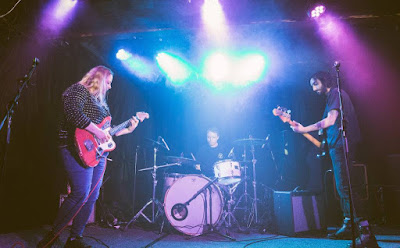 Q. When did Summer Flake start? Tell us about the history...
Summer Flake started out of boredom - I had time to kill. I'd been playing drums in Batrider, guitar in Hit The Jackpot, and a little of everything in Avant Gardeners, and all of a sudden, early 2012, members of those bands moved away from Adelaide and I was at a loose end. I started recording bits and pieces of song ideas at home, in private, for fun, and kinda just got to a point where I wanted to share it! The first few Summer Flake recordings are all done myself at home, in private. I played all the instruments and played with DIY recording.

Q: Who are your influences?
When i first started doing Summer Flake, i wanted it to be sweeter than other noisy bands I'd played in. I was thinking of two-chord garage, and doing version of girl group hooks and harmonies, thinking The Crystals, the Shangri Las. I intentionally wrote simple, melodic ballads. But listening back, it's not really very 60s sounding - I can hear all the influences of my 90s upbringing seeping through in the mid-pace rhythm, the distorion, the buried vocals; maybe Helium, The Breeders, The Lemonheads.

Q. Make a list of 5 albuns of all time…
That's hard! I'd probably go with some classics albums that everyone knows and loves, and some teenage- era sentimental listening.
Sibylle Baier - Colour Green
Hole - Live Through This
Neil Young - Zuma
Cat Power - What Would The Community Think
The Velvet Underground - The Velvet Underground & Nico

Q. How do you feel playing live?
I feel great! I'm usually a bit nervous, but something about the experience makes me forget all my worries, all my back pain, all the things I have to do; I usually feel comfortably uncomfortable. I love playing live with the band. I'm currently playing with Joel Carey on drums (he used to play in Wolf & Cub and currently sings in Peak Twins) and Antony Bourmas on bass. I am less comfortable playing solo, but I like doing that now and then - challenging myself, breaking down complicated parts just to one guitar and voice. It's a bit weirder.


Q: Tell us about the process of recording the songs ?
For the Hello Friends album, I demoed the songs alone at home, then got the band involved after I moved to Melbourne. We recorded drums and some other bits and pieces at a small studio one day, and then I did most of the vocals and guitars at my friend Geoffrey O'Connor's small backyard recording studio called Vanity Lair. Geoff recorded and mixed the album over a month; we both had to find time around work and other projects. Some days I would roll in and we'd sit in the backyard and have a 7Elevn $1 coffee and some cigarettes and talk about what we were going to do for a couple of hours, then do vocals for 20 minutes and call it a day. It was pretty relaxed.

Q. Which new bands do you recommend?
I'm playing guitar in a new punk band called The Skids. We don't have any songs recorded, but it's really fun. We recently played with Rule of Thirds, Exek, and Stations of the Cross, who are all great Adelaide and Melbourne bands. I also like Symbolic Order, Superstar, Sarah Mary Chadwick, Wireheads, The High Beamers, Weak Boys, Mope City.

Q: Which band would you love to made a cover version of?
My first release was a digital single with the Beach Boys' ";Til I Die" as the b-side. I like recording covers more than performing them, finding new sounds. I used to always cover "Severed Lips" by Dinosaur Jr, "My Darlin" by Juliana Hatfield, and "No One Wants an Alien" by The Wipers, but haven't done a cover for a while. Sometimes when I play solo I do "Bad Boy" by Caroline King. I also recorded a cover version of a song by Harmony called "Pulse" released on a bonus "Deconstructed" (covers) album that accompanied their album "Carpetbombing". I also did a couple of covers with my old No Through Road band-mate Matt Banham on an EP together a couple years ago, including "Old Fools" by Magnetic Fields. They're pretty loose, I cringe a bit when I hear that EP. I love it and I lovingly cringe.

Q: What are your plans for the future?
We just toured Australia, which means taking 3 short weekend trips away playing in Hobart, Sydney, Brisbane, Adelaide, Ballarat and Melbourne. For the rest of the year we'll probably regroup and write new songs, play local shows with out buddies - business as usual. I would love to tour abroad again one day, but I can't forsee if for 2016/

Q: Any parting words?
Thanks for time. I'd be keen to hear any recommendations of your favourite Brazil bands too!
*
*
*
Thanks