Highs & Lows with The Black Watch - An Interview 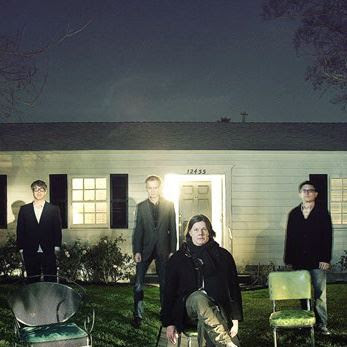 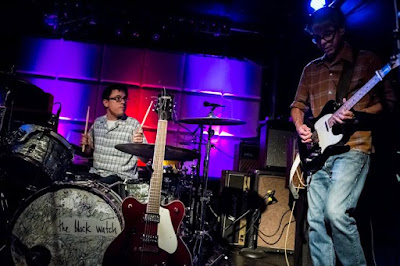 Q. When did The Black Watch start? Tell us about the history...
The Black Watch started in Santa Barbara in 1987. myself and two brothers, one of whom is Thom Flowers, who produces big bands now. just me working out my songs with some kids. I had tried to write a novel after finishing my Ph.D. in English Literature. I found it was easier to write 5 songs than 5 pages of fiction. That was a great time for record collecting. So many great albums came out--and inspired me to try to do something lasting.

Q: Who are your influences?
Influences? All the 60's pop, from Beatles to Zombies, Hendrix and Velvet Underground. Got very excited about New Order (the guitar stuff and the dance stuff as well), The Cure. So influenced by Robert Smith that it's been something I've tried very hard to mask, conceal.

Q. Make a list of 5 albuns of all time…
5 Albums of all time. Too difficult. Surely Revolver and one other Beatles and Isn't Anything by My Bloody Valentine. Blue Sunshine by The Glove--the modern edition with Smith singing. White Light/White Heat. and Pink Floyd "Piper at the Gates of Dawn".


♫ Highs and Lows - The Black Watch. Listen @cdbaby: Click to listen at CDBaby

Q. How do you feel playing live?
Playing live can be terrific; and it can suck. Having made 17 LPs, we kind of prefer the studio. And touring is hard, of course. Yet when it goes well, it's superb!

Q. How do you describe The Black Watch´s sounds?
Well the sound is really based in a twin-guitar attack. I don't understand why some bands only use one guitar. the sound of de-tuned guitars jamming together--bliss. of course we try to write very memorable songs--always catchy, always riffy. we're starting to de-emphasize lyrics. I write very poetic lyrics. but after all this time, i may have said what i need to say!

Q: Tell us about the process of recording the songs ?
The recording process differs from LP to LP. Some are done on acoustic guitar first, then the band comes in a fleshes things out. Highs and Lows was very under-rehearsed. my thinking was, "Make the recording like rehearsing a song for the second or third time--so that it has that excitement" I think we captured that feeling. Do you think so as well?

Q. Which new bands do you recommend?
New bands. I don't keep up. On Jack Rabid's Big Takeover radio show I heard a Canadian band called Don Vail who have a new song that is very Broken Social Scene. It's called "personal league." very addicting. I hear a lot of bands who want to re-create bands like Tomorrow or... Brian Jonestown.... they just don't do it for me.

I like Yuck quite a bit, though they do sound a lot like Dinosaur Jr. and MBV!

Q: Which band would you love to made a cover version of?
We have done covers of the Beatles and Lou Read and Gordon Lightfoot. They are very rare. We used to do a fuzzy/distorted version of "Everyday People." we love Sly and the Family Stone. you guys did a House of Love tribute? so cool. love that band to death. have all their stuff. except the latest thing.... should I get it? I don't like all these bands like Lush and Ride reforming. it's good for the new kids who were too young in the 90s, but I don't want to see them when I saw them in '91 at the Roxy or the Palace, you know? I like artists like Kristen Hersh... she just kept going. Who can ever keep up with Guided by Voices, however? there's a down side to keeping going! hahaha.


Q: What are your plans for the future?

Q: Any parting words?
Parting words? Well, thank you for asking us to chat. I've attached a picture. You guys who write blogs and have websites and small labels... you are doing wonderful work... keeping music going. You're important to bands. Keep going! Cheers, John Andrew Fredrick
*
*
*
Thanks