Eye Of The Storm with Future Theory - An Interview 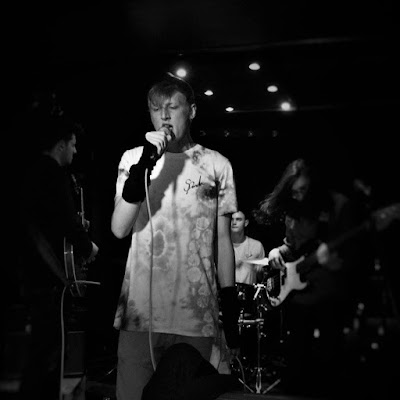 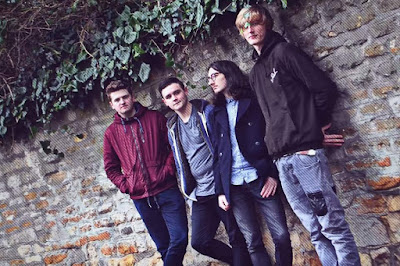 Q. When did Future Theory start? Tell us about the history...
We formed as a band last September at music college as a trio of Chris on guitar and vocals, Jake on bass and Rohan on drums (it was originally a solo project a few months prior to this). Future Theory properly began in the January of this year with the addition of Max on lead vocals and guitar. We’ve been gigging and writing together ever since.

Q: Who are your influences?
The Verve, Radiohead, Muse, Audioslave, The Brian Jonestown Massacre, Queens Of The Stone Age, Kings Of Leon, Coldplay, U2, Pink Floyd, Alt J, Metronomy, Stereophonics, Ride and far too many more to say. We all come from such differing musical backgrounds but we work very well together.

Q. How do you feel playing live?
Liberated, energised, important. Playing live, especially with your own songs can be therapeutic and a form of catharsis when both you and your audience are consumed by the power of the music. It’s a method of self expression and there truly is no better feeling when everything comes together well live.

Q. How do you describe Future Theory sounds?
A groovy blend of shoegaze and alternative/stoner rock with hints of psychedelia. We feel as though we’re recreating a retro sound with a contemporary spin on things.


Q: Tell us about the process of recording the songs ?
We generally record a track a day no matter how long it takes, if it takes the entirety of the day then so be it, it's how we like to work. The recording process is like building a house, we lay down a solid foundation with the drums followed by the bass. After that we’re free to experiment and go crazy with guitars, synths and vocals. A solid basis allows us to do really go wild.

Q: Which band would you love to made a cover version of?
It’s never something that has crossed our minds unfortunately, we’re firmly an originals focussed band.

Q: What are your plans for the future?
To release our debut EP we’re currently working on, get famous and live the dream touring the world with our music. More realistically however, we aim to earn a comfortable living through playing and writing our music, this is the ultimate endgame.

Q: Any parting words?
Check out our debut single Eye Of The Storm, available on Soundcloud and Bandcamp. Our new single “Horses” will be out on the 8th July so watch out for it. We’ll also be releasing our debut EP “Fool’s Dream” within the coming months so stay tuned guys. Thanks for interviewing us!
*
*
*
Thanks