Sky's A Disguise with Ninth Paradise - An Interview 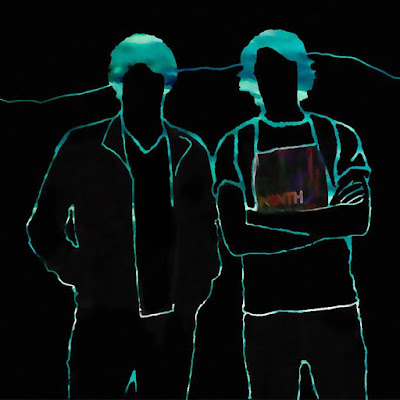 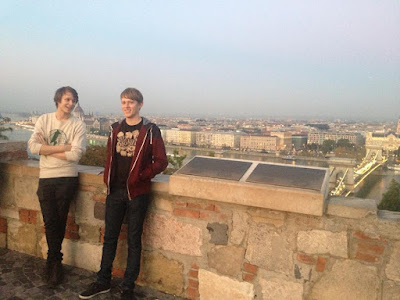 Q. When did Ninth Paradise start? Tell us about the history...
We met at high school and both started learning instruments at the same time, we put a few bands together but didn't really find people who shared our philosophy or chemistry. While we were at university we recorded a couple of albums together under a different name until finally discovering a sound we really liked, which became the first Ninth Paradise album.

Q: Who are your influences?
Our biggest influence is probably Josh Homme from Queens of the Stone Age. Some of the things he says about creating the music you wish existed but doesn't really resonated with us and was part of the inspiration behind our sound. Musically we have a wide range of influences, and many of the bands we listen to and take influence from don’t actually sound anything like us. For example we like Bonobo, Om, Holy Fuck, Flying Lotus… There are loads!

Q. Make a list of 5 albums of all time…
Radiohead - In Rainbows
Queens of the Stone Age - Songs For The Deaf
Pink Floyd - Dark Side of the Moon
Unkle - Psyence Fiction
Temples - Sun Structures

Q. How do you feel playing live?
At the moment we don’t play live


Q. How do you describe Ninth Paradise sounds?
The key elements of our style are the reverb and delay effects we use, and the odd time signatures we play in, which when combined can sound quite psychedelic at times. We have read some very interesting descriptions of our music from people on YouTube, commonly people use words like ‘dreamy’ and ‘ethereal’ to describe it, but one person said “It’s like surfing through a giant, quiet and peaceful wave that is disconnected from the world.”…which is great!

Q: Tell us about the process of recording the songs ?
We start with the drums, we usually record them in a huge empty hall which has a ton of reverb and ambience to it. After this we add all the other layers over the top, usually starting with guitar and ending with the vocals. We write a lot of the parts as we’re recording so we never really know how a song is going to turn out. We produce the recordings ourselves from start to finish which we think leads to a more characteristic and unique sound.

Q. Which new bands do you recommend?
Hello Joyce, a psychedelic-influenced lofi indie band from Florida, Winnebago, a dreamy sounding indie band kind of similar to us from Seattle and Kioko a funky reggae band from Birmingham UK. We also like a band called 60 Tigres from Mexico who have a great lively funky sound but with some cool guitar effects too.

Q: Which band would you love to made a cover version of?
We’ve never thought about it but it could be fun to choose a song in a completely different style and record it with our sound, maybe Dopesmoker by Sleep!

Q: What are your plans for the future?
At the moment we are working on promoting our new album ‘Two’, but we’re sure we’ll be back with some more new music in the future.

Q: Any parting words?
Check out our new album ‘Two’ which is now on iTunes, Spotify, Bandcamp and all the usual places, it’s been 4 years hard work in the making! We’re now off for a cuppa!
*
*
*
Thanks