Recording Silence with Captions - An Interview 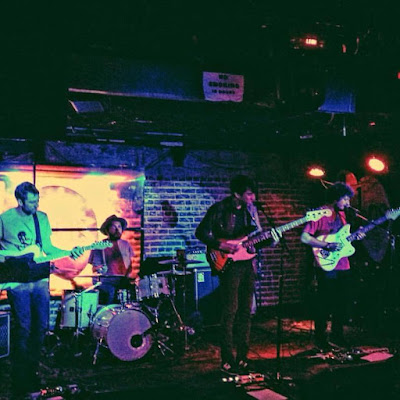 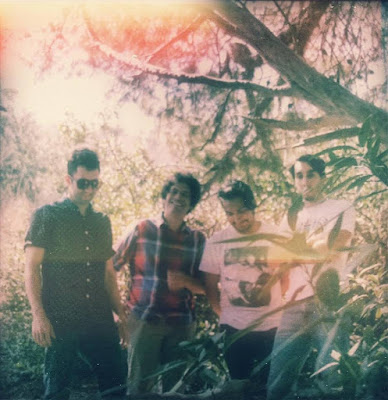 Q. When did Captions start? Tell us about the history...
CAPTIONS originally began with Adam and myself (John) in the summer of ’09, but the band has gone through a few transformations before becoming the lineup that it is currently. Adam and I met Marcus when he was in another band. We played some gigs with them and clicked with all of the band members instantly. After our original bassist left to join the Marines, Marcus agreed to join the band in 2010 and has been a critical part in the development of our sound.

Josh came into the fold at the end of 2011, after our first drummer moved up north to San Francisco. He was actually supposed to join the band sooner, when he had replied to a craigslist ad we posted in the beginning of 2010 after our drummer quit, but then immediately re-joined. The second time around, we didn’t even bother posting another ad, we immediately contacted Josh. The transition was pretty seamless, and Josh’s unique style has definitely added a new dimension to our rhythm section.

Q. Make a list of 5 albums of all time…
Atemahawke by Porter,
Kid A by Radiohead,
The Lonesome Crowded West by Modest Mouse,
Loaded by The Velvet Underground,
The White Album by The Beatles

Q. How do you feel playing live?
Playing live is one of the best parts of being in a band. The songs we have written are given another opportunity to take on a new life when we perform live. We are also able to connect with people that we may not have in a regular setting.


Q. How do you describe Captions sounds?
Kaleidoscopic, it’s a quagmire of sound that feels familiar and may draw comparisons to popular music but has an identity of its own.

Q: Tell us about the process of recording the songs?
This album recording experience was unique and different to us, because we had never worked with a producer before. Having the extra set of ears and eyes really opened the door to a lot of new perspectives on older songs. Basically, we ended up reworking our entire set of songs. It was really great, because it ended up completely changing our live performance and brought a lot of dynamic into our songs, which they needed.

Q: Which band would you love to made a cover version of?
Since Prince's passing we've been reminiscing on his body of work. Not sure what song we could pull off but definitely something from Prince.

Q: What are your plans for the future?
We just want to continue writing new music and keep the creative flow alive. Whether we're making music, videos, or artwork we want to stay busy and true to ourselves. If people respond to that we would be incredibly honored, if not, we'll still be doing our thing.

Q: Any parting words?
Thank you! It was awesome talking about the process with you.
*
*
*
Thanks