Mine with Blue Navy - An Interview 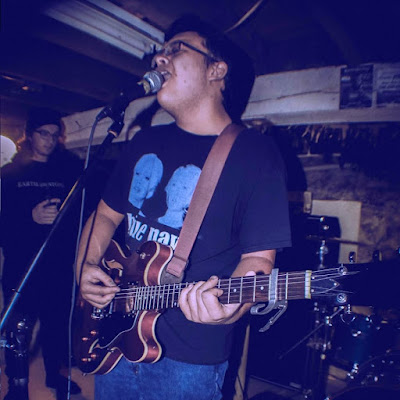 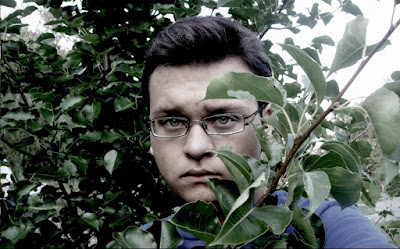 Q. When did Blue Navy start? Tell us about the history...
Blue Navy started on June 30, 2011 when I was only 12 years old. When I started Blue Navy, I already had some musical experience. I started playing guitar when I was 8 and began writing songs when I was 10. However, after discovering underground music in my preteen years, I had the urge to do something more artistic and experimental with my music, and after getting ice cream with my family one night, I wrote the first two Blue Navy songs. I've been committed to it ever since!

Q: Who are your influences?
Well, I grew up listening to bands and artists such as Bruce Springsteen, Counting Crows, R.E.M., Live, and Green Day, and I believe that I was influenced by them to a certain degree. But recently my music has been influenced by a lot of underground artists, particularly Red House Painters, Snow Patrol, Yuck, Porcelain Raft, Slowdive, Galaxie 500, Julianna Barwick... The list goes on and on.

Q. How do you feel playing live?
I absolutely love playing live; it's definitely a rewarding experience for me. In my city (Johnstown, PA) I play various shows ranging from acoustic open mic nights to full-band, electric sets at some venues within our scene. Regardless, I let out my heart and soul in every performance I do, because to me, my music is my favorite way to express myself. My favorite part about playing live, though, is the interactions that I have with some audience members afterwards. Sometimes, people say that they were crying during my set, because of how meaningful/great the song was, and to me, it means the entire world - to know that they were listening to my music and understanding what I was trying to do.


Q. How do you describe Blue Navy sounds?
I would call Blue Navy a combination of dream pop and slowcore. I just think that playing songs at slow speeds, combined with reverberated soundscapes - it's just a beautiful combination, haha! I would also say that Blue Navy's music has elements of shoegazing, post-rock, ambient, and lo-fi.

Q: Tell us about the process of recording the songs ?
Well, for my earlier works, I would record everything on a little Flip Video camcorder and then mix it in my editing program, Sony Vegas Pro 8; this gave my songs a really lo-fi quality. However, for my latest album, "Mine," I would go to my friend's house in the summertime, and we recorded everything using Logic Pro X. The guitars and basses were plugged in with a USB guitar cord, and I played everything on those instruments like normal. The synthesizer, piano, and string sounds were created by playing his keyboard, using customized settings. I recorded the vocals at home with the camcorder mentioned earlier, and we used Logic Pro and Sony Vegas to mix the album. Overall, it was an extremely fun album to make.

Q. Which new bands do you recommend?
A lot, haha! But recently, some artists are beginning to fuze slowcore and shoegaze together; Pallow and Bare Wire Son come to mind; great music, and the members of both acts are all great guys, too! I would also check out Yeah Wings and Weird; they make some good music.

Q: Which band would you love to made a cover version of?
I would love to do one or two Bluetile Lounge covers the next time I play a show with a backing band! But for my solo sets I'd love to cover Mojave 3 and Mark Kozelek songs.

Q: What are your plans for the future?
With me being 17 now, my options are still very open! But my ultimate dream is get Blue Navy signed to a recognized indie label, then record/release albums, and travel & play shows throughout America and the rest of the world.

Q: Any parting words?
Check out my music on Bandcamp, Spotify, SoundCloud, and anywhere else you listen to music! And I just wanna thank you so so much for giving me the incredible opportunity of interviewing me. I deeply appreciate it!
*
*
*
Thanks