The Other Half with Caterwall - An Interview 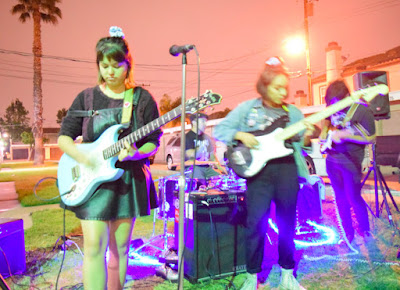 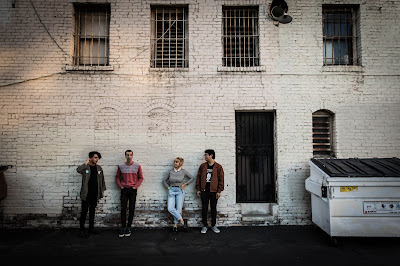 Q. When did Caterwall start? Tell us about the history...
Before Caterwall Michaela and Christian formed a band called The Coppertones which was just a two piece band that lasted for the summer. Eventually, Christian wanted to form a full band with skilled musicians. The Coppertones soon ended. Later in late September, they found two members to complete Caterwall and Caterwall was official formed in October of 2015. Up until April of 2016, due to availability issues two members left Caterwall. Which left Michaela and Christian looking for two new members. They came across Hector Avilez the former drummer of Ariel View and Vanessa Rivera a friend of Michaela. With this line up they have released their new EP In A Week's Time and finished their west coast tour to San Francisco. They are currently preparing for the music festival Viva Pomona on July 16th.

Q. Make a list of 5 albuns of all time…
Souvlaki-Slowdive
And Out Come The Wolves- Rancid
Swimming- French Kicks
Mancruel- Man is the Bastard
The blue Album- Weezer

Q. How do you feel playing live?
Christian- I feel like I have a bunch of energy inside me and when I play it comes out and I feel like when people feel my energy they give energy back and it's just a cycle.

Michaela- I feel like I'm on top of the world and Im allowed to do anything I want.

Hector- I black out and only see my drum set.

Vanessa- as someone who's never felt real love before, playing on stage makes me feel the love and chemistry of the band as a unison.


Q. How do you describe Caterwall sounds?
Caterwall's sound has two forms the first form of our sound is when we record,which is precise and deadly accurate with intricate polyrhythmic parts and tempo changes when put together to make a one solid sound.Playing live Caterwall's sound changes in the best way. It still has the technique and precise playing but the tube amps are cranked and it turns into a wall of sound and the notes become one. With balanced guitars and heavy bass, it's an experience.

Q: Tell us about the process of recording the songs ?
When we record it's usually in Christians garage where he keeps recording equipment. He records all instruments and drums. Each member plays their parts and Christian mixes and masters the songs.

Q. Which new bands do you recommend?
Some new bands we would totally recommend are:
The Red Pears
Joos
Foliage
Daydream time machine
Never Young
The frights
Chastity belt

Q: Which band would you love to made a cover version of?
If we had to cover a band we would definitely pick Beach Fossils we love their songs and the vibes they give so it would be really fun for us!

Q: What are your plans for the future?
We would absolutely love to play tons of shows and eventually get signed to a major label so that we could quit our daily jobs and continue to do what we love as a career because we are very dedicated to this band and are willing to do anything to make it.

Q: Any parting words?
Thank you so much for this opportunity to be interviewed it means a lot to us as a band. We hope that our music reaches people and it impacts them in positive ways and we want our fans to know that we love them very dearly and we hold anyone who cares about us close to our hearts. It's amazing to do what we do and have the good responses we've gotten it means the world to us.
*
*
*
Thanks