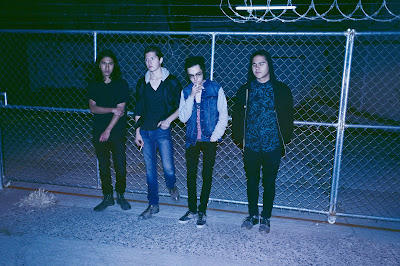 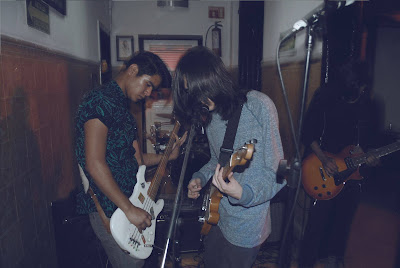 Q. When did Clan de Venus start? Tell us about the history...
The band started to form about 3 years ago, although the actual line up wasn´t completed until 2014. Oz liked a band called Candy Colors, a local group. Listening to them made him want to have a band of his own, so he hooked up with Norman. Later after playing with several drummers we found Hugo. Then we took a break and Diego joined. We started to take the band more seriously at this point, and where Norman came up with the name of the band.

Q: Who are your influences?
The influences we had at the moment where we made the songs of the Isla Nube EP went from jangle pop bands to 80's latin american rock bands like Soda Stereo, Caifanes and Silvania.

Q. How do you feel playing live?
The recorded songs may sound kind of mellow but our shows are actually quite energetic. That's how we feel the vibes. No mosh pits yet, though

Q. How do you describe Clan de Venus sounds?
They've changed overtime, we don´t really believe in sticking to one sound, we're all about moving forward. Now we've got a rougher sound in the new songs, but the first poppier influences can still be heard in some degree.


Q: Tell us about the process of recording the songs?
With this first EP we are taking more time than we thought we would. We're kind obsessive sometimes, it's a little bit tiring, but it's totally worth it.

Q: Which band would you love to made a cover version of?
We frequently play a version of Beach Fossil's Taking Off. So we guess it'd either them or Mac DeMarco.

Q: What are your plans for the future?
We're releasing our debut EP through the mexican label Emma's House, (who have some pretty cool bands in their roster, check 'em out!) probably mid August.