Days of Fear with ФОНТАН - An Interview 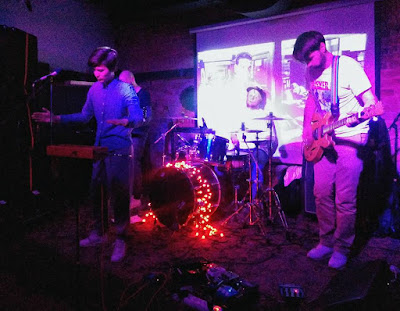 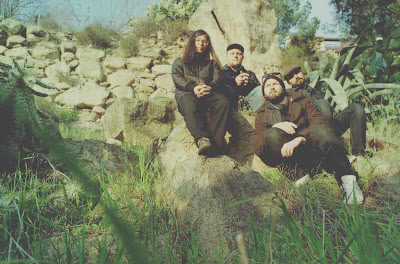 Q. When did ФОНТАН start? Tell us about the history…
Some years ago, Demid and David played together in another band. Demid wanted to start a new classic indie rock and, so they invited Misha. Later the drummer Kirill joined the team. And after David returned to Spain, Varya became a vocalist.

Q: Who are your influences?
Varya: We really like the influence of classic indie rock from 90s: Dinosaur Jr,

Kirill: Skatebordnig and music. It is very inspiring that our music is not only interesting to us. And the main thing that is not friends, but a completely new people.

Q. Make a list of 5 albuns of all time…
Demid: I just write albums that influenced me to create our stuff.
1. Slowdive - Souvlaki
2. The Cure - The Head on the Door
3. Dinosaur jr - You’re Living All Over Me
4. Superchunk - I Hate Music
5. Lungfish - Love is Love

Misha:
1.Beatles White Album
2.Nick Cave & The Bad Seeds The Boatman's Call
3.The Cure Desintegration
4.David Bowie The Rise and Fall of Ziggy Stardust and the Spiders from MArs
5.Pink Floyd The wall

Kirill: It is very difficult :) Let it be:
1 Dinosaur Jr - You’re Living All Over Me
2 Sport - Colors
3 Half Hearted Hero - Running Water
4 Naughty By Nature - 19 Naughty III
5 Dad Punchers - These Times Weren't Made for You

Q. How do you feel playing live?
Varya: It’s a bit strange to play and sing in spanish in Russia. No one understands words, but lyrics is just a part of our music. Some says that our live performances are more interesting that records. This is because of the huge amount of noise that reflects in the space. It is more natural to hear such a music in the club.

Kirill: Excitement, despite the fact that for a long time playing the drums and now we have a lot of concerts. But in the end it's all set disappears and you catch a wave and have fun. This is a very interesting experience!

Misha: Live performances works only when you see and feel the feedback from the audience, you give them your energy, they give you a bit of it back, an energy exchange:)


Q. How do you describe ФОНТАН´ sounds?
Kirill: Noisy and loud!

Q: Tell us about the process of recording the songs ?
Kirill: For me it was the first experience of recording in a professional studio. Of course a little disappointed in his level of play, when you can not play a simple part of song. in general I am happy with what we've got. Later when listening to think about what would have played somewhere on the other, but it's just an excuse to be attentive to their parties in the future. And of course we had the best sound engineer - Nikita. A huge thanks to him!

Q. Which new bands do you recommend?
Misha: The Kin, ADHD

Varya: St Vincent, if it can be named new band. If we speak about modern russian bands, they are Glintshake and Phoeey! though the last one is from Ukraine.

Kirill: The recently discovered group Little American Champ, very interesting modern emo. Life On Venus - the young guys from Moscow playing a cool dream pop. We played with them in our presentation of the album and they liked

Q: Which band would you love to made a cover version of?
Varya: We thought about making a cover on The Cure. It is the greatest band to making covers of.

Q: What are your plans for the future?
Kirill: This summer we have a lot of concerts in other cities of Russia. But of course you need to have time to do new stuff, what are going to begin in the near future.

Demid: Yes, we are planning to play a lot and travel. Perhaps we will ever visit Brazil? Who knows :)

Kirill: Continue to open new horizons and be in harmony with yourself!
*
*
*
Thanks